The announcement came as members of the Federal Reserve Board convened two days of public hearings on Bank of America's proposed $4.1 billion stock deal for Calabasas, California-based Countrywide.

Liam McGee, president of Bank of America's global consumer and small business banking operation, said the bank will modify at least $40 billion in problem loans from at least 265,000 borrowers over the next two years. That figure includes borrowers from both lenders, although the majority of the at-risk loans are held by Countrywide borrowers, McGee said after he delivered his testimony.

To accomplish this, the company will offer borrowers several options, including loan modifications and payment forbearance. It will not charge borrowers in foreclosure new late charges, and, in some cases, will waive prepayment penalties, McGee said.

"Bank of America will continue to offer home loan products to those who can afford them," McGee said during the hearing. "We also recognize that some consumers who are experiencing financial challenges but who ultimately have the ability to pay their loans need our help to pay their loans, and we are ready to help them."

The Fed is required to consider whether the deal would harm consumers. It held its initial public hearing last week in Chicago.

Consumer advocates nervous about the takeover urged the Fed to require Bank of America to give more specifics on how it will work with borrowers to keep them from losing their homes and improve customer service for borrowers seeking assistance.

"We believe the proposed merger should not be approved without substantial conditions," testified Kevin Stein, associate director of the California Reinvestment Coalition, an umbrella organization for consumer advocacy groups.

In a reference to Bank of America's $40 billion plan to help at-risk borrowers, Stein said "To put a dollar figure and say this is what we're going to do is not necessarily a solution to the problem, especially in California."

Consumer advocates claim Countrywide has not been responsive enough to homeowners having trouble making their mortgage payments. They have also sought assurances from Bank of America that it won't slash Countrywide's work force, something they said would slow efforts to help borrowers.

McGee said that the combined companies would have at least 3,900 employees engaged in customer support for at least a year, and vowed "We will not have telephones not answered."

When its buyout of Countrywide is complete, Bank of America's mortgage operations will be headquartered in Calabasas, Calif., where Countrywide is based, McGee said.

In his remarks, McGee stressed repeatedly that Bank of America's "values and business practices" would govern the combined mortgage companies.

The bank, clearly looking to reassure lawmakers, consumer advocates and others who have criticized Countrywide's lending and loan-servicing record, also announced initiatives to boost charitable lending and community investment.

It plans to double its community development lending goal to $1.5 trillion (euro0.96 trillion) over 10 years and boost charitable lending by 33 percent to $2 billion (euro1.28 billion) 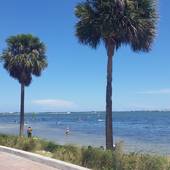