I have been in the middle of an epic ridiculous battle that you cannot believe. I have a client who is a fix and flipper and we were in the middle of refinancing his home before he sold it so he can buy another property. Everything was great, loan docs were out, signed, and the wire was sent from the lender.

Then this ridiculously horrible title officer got involved and she stated that because there was work done on the property (it was a cosmetic remodel BTW) that they needed to wait 90 days before they could issue title insurance on this deal. 90 days. Let me say that one more time

Does anyone else understand how ridiculous that is? It is insane. She told us we couldn't close this deal till October with their company. What??????

They said they needed this 90 day period to elapse in order to ensure that no mechanics liens were filed against the property. That constitutes a 90 day period. INSANE!!!

So ... I being the fighting, go getter awesome loan provider that I am dove in and started working with their underwriters. I got an entire indemnity agreement signed by the borrower and the contractor. Plus I had the contractor write a hand written letter that he was the sole person that worked on the property, that there were no sub-contractors that ever worked on it, and that he had been paid in full, all work was completed and he would not file a mechanics line against the property. BOOM! Overkill, no we can close, right? NOPE!!!!

The underwriters and their legal team said no. The said we need the full 90 day period to elapse. ARE YOU KIDDING ME!!!!! This happened yesterday.

So I closed today, less than 24 hours later, with Orange Coast Title and we disbursed funds today. They have no problem with the loan or the paperwork.

I am dead serious. You cannot afford to deal with them. They are rolling this out as an internal memo that all branches must follow to a TEE. I don't care if your wife is the title rep. Have her polish up her resume and get her out of there right now.

Thanks for the warning, but then again I wouldn't use anyone other then Title365 for any of my listing. I have one and only nightmare to mention with a local title co (only in Southern CA) that takes every dime they can. Most agents and Sellers think it's ok. It's not ok. If you cancel escrow, that's the price of escrow having some fall out. A small court session and my clients got their money back and court fees paid. Why people continue to use them is beyond me. I will give you a hint. This one starts with an "H".

Steve Snyder wow, impressively awful service. Great warning and kudos to you for working your way around the mess.

Great job in working around this mess. Your clients must be thrilled!

There are a lot of rules for flips when people are obtaining loans. You just have to suffer through it.

Lawyers Title changed their name in our market to Fidelity Title, who is their parent corporation, in our market.  So you might want to do more checking on Fidelity Title's internatl policy.  A lot of other title companies buy insurance from them... 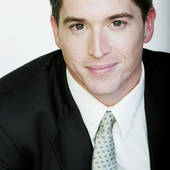