Avalon/Stone Harbor NJ Weekly Update July 14th, 2016 THE OCEAN WATER has had a tropical, turquoise look to it for the past week and a half, thanks to a combination of factors.  Press of Atlantic City meteorologist Dan Skeldon has reported that recent ocean upwelling brought nutrient rich waters to the surface; a subsequent phytoplankton bloom reflects sunlight, giving the water its bright blue-green tropical look.  Lack of recent rainfall and river run-off has kept water clarity high, adding to the look.  Phytoplankton are invisible to the naked eye, and harmless to swimmers and the ocean ecology.  If you haven’t seen the tropical-looking water, stop by the beach on a sunny day!

FOR A CAPTIVATING LOOK at the sea life surrounding the Island, watch the latest video from Nik Pattantyus.  Nik has captured a glimpse of a sea turtle, a baby dolphin, and adult dolphins swimming near his paddleboard.  Just ten seconds into the video you’ll even see the tropical-looking water referenced above!  Click here to watch:  https://vimeo.com/174029889

LET’S DO THE TWIST!  Chubby Checker will be doing the twist on July 18th at Cape May Convention Hall, as he returns to his South Jersey roots.  Checker performed The Twist live in Wildwood 56 years ago, and hasn’t stopped.  For tickets to Checker’s Cape May show, click here:  http://sa1.seatadvisor.com/sabo/servlets/TicketRequest;jsessionid=CA7C6165AC0FB0547A228C77C1550316?eventId=1018919&presenter=CAPEMAY&venue=&event=&version


ORR AT THE SHORE:  Kathy Orr of Fox 29 in Philadelphia is visiting Avalon Thursday, July 14th as part of her “Orr at the Shore” summer report series.  Orr will broadcast from Avalon, helping to promote the weekly “Thursdays on Dune” event, and Avalon in general.

FISHING IS STILL HOT!  From 8-pound flounder to tuna and mahi mahi, great catches are still being reported all around.  For bait, tackle, or advice on the latest hot spots, visit Smuggler’s Cove, Avalon Hodge Podge, or Moran’s Dockside!

THINKING OF SELLING?  You may be pleased to learn what your property is worth in today’s market!  If you are considering selling, contact me today so we can formulate a plan to maximize your sale proceeds! 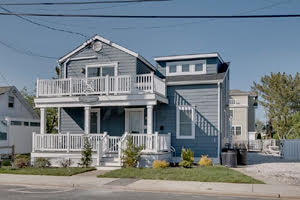 Groups:
Cape May County News & Marketing
City and State
Posts to Localism
The Art Of Marketing You

It's been a great season so far at the Jersey Shore ! We'll be back down soon .

Thanks for the market report on Avalon Stone Harbor!

Thanks so much for the follow! Now following you too! 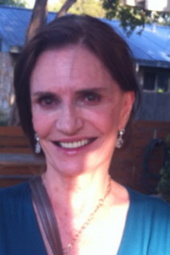