The No. 1 safest city on its list was Imperial, a fast-growing Imperial County city with a 2010 census population of 14,758, located four miles from El Centro at the southeastern tip of Southern California. With just 0.30 violent crimes per 1,000 residents, the city of Imperial’s motto is “Winning the West — Herding Success.”

With Disneyland right up the freeway, three Orange County cities, Rancho Santa Margarita, Aliso Viejo and Laguna Woods, were ranked as the second-, third- and fourth-safest cities in California, respectively. Rounding out the top 5 was Moorpark in Ventura County.

I guess now that the word is out expect a lot of Relocation clients:), Endre

Anyone thinking of relocating to the area should call you.

Lauren congratulations!!!  That is a ranking to be very proud of, especially with all the violence going on in our country and throughout the world.

Was it ever called Imperial Valley?  That is near my Grandparents home. It might be the name of where they lived.

Thanks for stopping by Laura Cerrano

That would be great Endre Barath, Jr. for all buyers or sellers relocating to call me.

Thank you Gita Bantwal Hope relocating clients call me too.

Move to our top ranked city to live in, in beautiful Orange County. Aliso Viejo.

Hi Lauren.  Congrats to Imperial County for being voted the safest city.  That's something to brag about.

That is a static you should be very proud of and shout it out to the world! Congratulations Imperial City!! I'm sure relocating buyers will be calling you to learn more about the safest city!

I saw these stats not too long ago - something for these communities to be proud of! Some buyers will be interested for sure!

Disney Land!!! Hi Lauren Selinsky CRS ePro. Great Location in Southern California, great crime stats, not many can say that these days. Do they leave their guys at the door?

Cheers, have a fun and successful day!

This is very positive information to share with families moving to the area.

Lauren, This is excellent info for folks in your area or tyhose who wanto relocate. I know we here did not make this list!

Low crime is great in my book and some great information!

Thanks everyone! It's a great thing to be able to use in my marketing material. 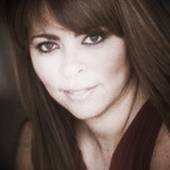