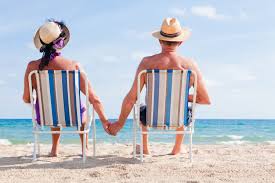 Your home is the key to retirement.

A few months back I wrote about the three legged stool. It was mainly about how the 401K has almost eliminated the pension plan when it was designed to be a third leg to a retirement stool. Ted Benna had envisioned that retirement would be comprised of social security, pension plan and a 401K.

As the pension plan quickly goes the way of the eight track and social security hangs in the hands of our not so qualified and well intentioned politicians, I look back to a time before pensions, social security and certainly a 401K existed.

The “silent generation” purchased a home. It was not a piggy-bank, it was a home. They did not suck the equity out of the home with each passing minute to pay off credit cards, they used the home to ensure they would have a place to raise their family and eventually pass it along.

The baby boomers also did not refinance away their dreams. They did not move constantly and definitely did not move on up into homes they could not afford. They had learned hard lessons from their parents about war and depression, saved money and died in their house.

Today the house can easily replace the pension. The fact is a paid off home worth $500,000 will provide approximately $300,000 in additional funds. Invested in a modest account with a 6% annual return, you are provided with an additional $1,500 per month in income. Combined with a 401K (Currently on average $251,000 for those over 55) which is another $1,255 per month and hopefully social security (which the current average is $1,351).

Simply by paying off your mortgage, not using it as a bank to finance impulse buys, one can easily increase their retirement income from having to eat soup each day to actually be able to enjoy a little bit of retirement with an income of $4,106.00 per month with no mortgage payment, or about $300 less than the average US Salary (for those whom I assume still have mortgages).

This does not mention the fact that you will have $551,000 in cash in the bank, thus to answer the question “but my kids will not get my house when I die”, yes they can. They can pay off the mortgage, sell the home (they have 12 months after you vacate) or allow the bank to take possession.

In the last paragraph are you talking about "cashing out" the equity or a reverse mortgage or something like?-Kasey

I am talking about a reverse mortgage. Sorry, should have been more specific. The reverse mortgage gives your kids 1 year after your or your spouce's death to repay, sell or refinance the home. The same applies if you are placed in a nursing home or something along those lines.

Jim, I like the thought process but I'm missing where the $300k comes from. Can you clarify this for me?