For Naperville real estate watchers, it was The Washington Post that came up with the most interesting angle on last week’s most commented-upon real estate headline—which was that across the U.S., home ownership rates had slipped to 1960s levels.

CNBC went with the straight numbers (“Home ownership rates drop to 63.4%”); while website zerohedge decided on a more attention-grabbing route (“Homeownership Rate Crashes to Lowest Since 1965”).

Naperville readers whose brows might have been furrowed by zerohedge’s “rate-crashing” spin could have been relieved somewhat had they fled to sites like businessinsider, which added, “but may be bottoming” to the sobering news. Yet it was still The Washington Post that made off with the most interesting exposition. Their take was to zero in on the “why” of falling homeownership numbers with: “All the Reasons It’s So Much Harder to Buy a Home Than It Was for Your Parents.”

Chief among all the reasons The Post found was voiced by Lawrence Yun, who is the National Association of Realtors®’ chief economist. It is, in a word, affordability. As many Naperville Listings reflect, the rebound in residential real estate has meant that asking prices have been rising steadily for some time. “We’ve seen a general rise in the purchase market in wealthier areas and densely populated urban areas,” according to one Boston mortgage exec. “Now the recovery has spread to more rural and up-and-coming areas, too.”

Since The Post headline promised “All the Reasons,” it didn’t stop at affordability. As another economist is quoted, “sales are hitting record highs, prices are growing…but…there’s a chronic inventory shortage.” And NAR’s Yun agrees with that second reason. “People need to focus on the fact that we have a major housing shortage in this country.” More reasons are “income inequality,” which is another way of citing concerns about home prices rising faster than wages; and “rents are up,” which makes saving for a down payment harder for wage earners.

Do all those reasons “it’s so much harder to buy” add up to a coming slump in real estate sales? The jury may be out on that, but the public perception that homeownership is worth pursuing anyway is not. “Most consumers still believe that homeownership is financially worthwhile,” according to The Post, which quotes a 2015 Demand Institute survey. DI found that a full 78% of heads of households agreed—or agreed strongly—that “homeownership is an excellent investment.”

I agree whole-heartedly, of course; and whether your next foray into Naperville homeownership is as buyer, seller (or both) the odds are excellent that you do, too. All good reasons to give me a call!

Indeed there are many conflicting reports.

Thanks for a great post examining the "reasons" for the home stats taking a dive and the different "spins" we see out there! 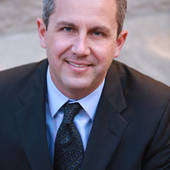