Last Thursday I dropped by to visit a wonderful family I sold a house to in February.  It was so nice to catch up with them and to see how they made their house a home! As I was leaving, I saw a sign advertising a Model T car show that weekend at The Fairfax Station Railroad Museum and made a mental note to stop by. In keeping with the spirit of getting out of the house on the weekends and out to explore inexpensive or free local events, this event was no exception. The cost of admission to the museum was only $4 for adults. The Orange and Alexandria Railroad was used as a supply and evacuation site during the Second Battle of  Bull Run in 1862, and Clara Barton, who founded the Red Cross, assisted in those efforts. Civil War and Red Cross memorabilia and artifacts are scattered throughout on the walls and in display cases. Pictures of the area from Civil War times are particularly interesting, as is a placard describing the fatal mistake Abraham Lincoln made by going to the theater instead of inspecting a new presidential train car. There are also historic pieces of railroading history with displays set up to show you what a railroad depot may have looked like. We took great delight seeing old telephones, telegraph devices, and other dinosaurs of the past, like typewriters. Among them are an old post office window and postal boxes on display, a dispatcher's desk as it looked in the 1900s, and the tools used for carrying railroad ties and tracks. It just reminds me again how much physical work was performed just barely a century ago, and how incredible the advances we've made are. There are fun things to do inside and out for kids of all ages. Turn on the model train inside to watch it move around the table (I did), pop your head behind the ticket taker's window (did that, too) and climb up into a window seat in the caboose (guilty again!). When I was growing up my mom always pointed out the red caboose at the end of the train, so it was pretty neat to take a look inside and to play with the steering wheel, too. On Sunday, the Nation's Capital Model T Club had some cars on display on the front grounds of the museum. We were able to take a look at 1913 and 1915 Model T Touring cars, a 1919 Model T Depot Hack, which is where the term "station wagon" came from, a 1924 Model T Pick Up, and a 1926 Model T Touring that was unrestored- a "Survivor" with the original patina on the exterior. These cars were built to be functional, but there is a lot of beauty and elegance in them. We enjoyed speaking with some of the members of the Club, who are only too happy to answer questions, talk about the history of the Model T, and point out the features of the vehicles. As it turned out, husband Chris knew ALOT about Model Ts! One kind gentleman allowed me to honk the horn on his 1913 car, and to climb inside behind the wheel. It was a pretty big thrill for me, and as I told him, with all the steps he detailed that had to be followed to drive it, I would most definitely only be a passenger!

The Fairfax Station Railroad Museum hosts special events on the weekends that are sure to please a Thomas The Tank Engine fan or train aficionado of any age. The Nation's Capital Model T Club also has events scheduled so you can take a peek at history. I highly recommend checking their calendars and finding something of interest nearby. It was a great way to spend a Sunday! Many more pictures of the museum and the cars can be found on Google +. What a nice trip back in time.  Glad you took time to enjoy a bit of history on your journey.

That would be so much fun to see. We like museums and to take time to see what it was like in times past.

So do we, my husband and I say we were born in the wrong decade!

I just about missed this post, great photos and you should join my group:

Express with Photographs at ActiveRain

I LOVE your pictures Chrissi Chapman Topoleski  , i would have so much fun there

Thanks! I love seeing this type of thing, and being able to sit in this gorgeous car made my day! 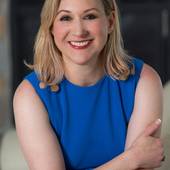