I just had my first Colorado experience!

I spent four days and three nights exploring the nature around a few different areas. There are so many things to do in Colorado you don't even really need a "plan." I simply got in the car and drove from town to town, stopping when I saw something pretty. My friend lives in a home built into a mountain overlooking ski jumps at Beaver Creek. The beauty was indescribable. If it was this beautiful in August, I can only imagine what it looks like during the winter all blanketed in snow. Look closely at the photo below and you can see the ski paths. Flying into Denver, I was a little confused why it looked so flat. Having never been there before, I wasn't sure what to expect, but I had it in my mind that mountains would be all around. I did like the city feel it had. Seemed like there is a ton of growth - I saw at least 4 cranes for new high-rises. I didn't spend any time in Denver, but headed straight for the mountains. I stopped in Breckenridge for lunch at a place called Angel's Hollow. I was at a table on the rooftop overlooking the mountain.  The table was next to all of these amazing flowers. My back was to the flowers and I was facing the mountains, but the next thing I know I hear this crazy buzzing noise behind me. When I turned my head, less than a foot away from my face was a hummingbird enjoying the flowers! I did my best to quickly snap a photo with my iPhone. I am not disappointed in how it turned out! Wow! I looked up the meaning of spotting an animal like that and this is what I found:

"If the hummingbird shows up in your life as a spirit animal, it may remind you to enjoy life's simple pleasures and take time to enjoy yourself. The hummingbird's wisdom carries an invitation to take part in and draw to you life's sweetness, like you would drink the nectar of your own flower." HOW AMAZING IS THAT? It definitely set the tone for the remainder of my trip. From there I was able to experience my first gondola ride. Due to being fully enclosed and scratched up from winter gear, it was hard to take quality pictures, but the views were breathtaking. At the top there was a little activity park with all kinds of different things for people to do. You could bring/rent a mountain bike and go even further up and bike back down. Definitely not something I personally would do (I'm more of a feet on the ground kind of girl) but what an awesome use of a ski slope in August!

I ended day one at a ski resort in Beaver Creek where I attempted to have a glass of sangria and an appetizer. My attempt was 100% unsuccessful as the day of travel and the 8,000+ foot elevation change from Florida to Colorado caught up to me and I couldn't keep my eyes open a second longer. Plus I also only had three hours of sleep the night before because I was making magic happen writing an offer on a home. Well worth the exhaustion the next day ;) I left the area and made the drive to Glenwood Springs. As I drove down the highway, all of the sudden I entered an incredible canyon and discovered I was driving along the Colorado River. Aside from the drive through Big Sur California on the PCH, I have never done such a beautiful drive. The rapids were amazing to see and they weren't even in full swing, being it was the end of the summer. There were some rafters out there which was awesome to see. Also saw a few fly fishermen for the first time.

I stopped to check out the Glenwood Hot Springs. I made friends with a family there and it turns out the husband was a Realtor. He explained that due to the overabundance of cash in people's pockets from the newly legal marijuana grow game, it is not uncommon for buyers to spend $30-$40k over asking price on homes because they need to spend their cash money somewhere/somehow. I was mind blown! So, on the one hand cash sales over asking price sounds awesome for Realtors, but on the other hand, what is that going to do to the working class of people who are not growers? How long can that go on, especially with inventory running out? How can the average consumer afford to buy when people are trumping them and overpaying? He said things have a contract on them literally the day the go on the market in many cases. More exploration in Beaver Creek. I drove up the mountain and checked out all of the incredible homes. There was a sign for an open house but I chose to not crash it. In hindsight I wish I had. I am curious what a house like that is going for. From there I headed into Vail and just explored more nature and enjoyed the sites. I never had a specific destination, just drove around and took it all in. On my fourth and final day I ended up driving around between ski towns on my way back to Denver to catch my flight. I stopped and snapped some photos now and then when I thought something looked beautiful. I came across a really cool one way bridge that sort of reminded me of the bridge from the movie Beetle Juice! From there I stopped at a roadside barbecue joint and took a picture of the Boston Butt and wings. The food was delicious. If you're ever in the area, be sure to check out TRU Bar-B-Que in Bailey Colorado. Super friendly service, cold draft beers and awesome food. Once I got into Denver I met up with some friends and had a few Happy Hour drinks at Occidental. It was a pretty awesome place with a very cool vibe. I cant even describe the awesomeness inside, and of course I was having so much fun I forgot to take pictures, but lets just say my bill came in an old cassette tape case. Old school, very cool! Brittany, I lived in Colorado three times. It is truly a beautiful place...love it.

What an awesome account of your CO trip - hope it won't be your last.  I'm waiting for my license to be approved to do business in CO, and look forward to spending a ton of time there.

PS-  AMAZING pic of that hummingbird!

Hi Brittany - I have not driven in Colorado but I have been to Denver.  The land is  beautiful there.  Your pictures make we want to take a trip now.

Like
favorite_border 1
Brittany Kinsland
MVP Realty - Naples, FL
In the top 10% of REALTORS® in Southwest Florida!

Grant Schneider in my opinion, Denver didnt compare to the rest of the places I went. Its great for the city life aspect but not the nature. You should definitely go! Summer was beautiful. I want to see it in the winter too! 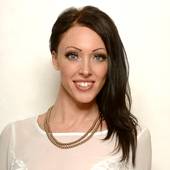