Bend feels like it is bursting at the seams this summer with crowds filling the streets, trails, restaurants and shops. A record-breaking summer tourism season is partly the cause, but the fact is that more people move here every day to make our fair city their new home.

The slump that followed the Great Recession is over. Bend's population is increasing again, and that has many residents worried that the city is losing its small-town feel. In fact, some people are even whispering the 'M' word—Moratorium.

Why not put the brakes on for a few months or a year? Can we give the community a breather, time to catch up on infrastructure, widen a few roads, put in more sidewalks, and kick out a Californian or two?

That's not in the cards. There'll be no moratorium on construction or growth for a number of reasons, primarily because, according to the people who track such things, Bend has a reasonable growth rate right now.

Some people liken the current state of things to where Bend was a decade and a half ago when a moratorium wasn't just whispered but openly pursued.

In 2000, Bruce Abernethy was elected to the Bend City Council as part of a slow-growth ticket. He did not seek reelection after his second term, but he is back running again this year.

"I see a huge number of parallels between today and when I was first elected," he said. "The sense that you can stop or slow down the growth is wrong. I went into the 2000 election with that mentality and quickly learned it wasn't reality."

Talk of a moratorium back then arose because intersections on the West Side could not handle the additional traffic that several proposed development projects would bring.

The would-be developers met with city officials to plan out what improvements were needed to allow their projects to go forward. The West Bend Traffic Consortium was born, a $20 million public-private partnership that was responsible for some of Bend's most iconic transportation infrastructure such as the roundabouts that dot the West Side and the Southern Crossing, as well as many trails and sidewalks.

Today, there isn't the same impending crisis. Despite how it might feel, Bend's infrastructure is holding up to growth, according to city planners. That's in part because developers are smarter about where they choose to build.

"People who are coming to us with new subdivision proposals and commercial projects are doing their due diligence," said Aaron Henderson, a senior planner at the city. "They are searching for sites that don't require major upgrades, sites where capacity is adequate."

Furthermore, state code spells out when a city may declare a moratorium. One of the requirements is that it be limited to the areas where there is a shortage of a key public facility. When a proposal follows the rules and won't overwhelm the infrastructure, the city is required to approve it. It can't turn away projects just because residents think the city is too crowded.

Given the choice of a growing city and a shrinking one, most people choose growth. Bend and all of Central Oregon experienced the economic hardships of shrinking after the collapse of the timber industry in the 1980s.

Bend reinvented itself as a tourism hub, a retirement locale, and a base for alternate industries. It turned things around and started to grow.

By the late 1990s and early 2000s, the city was growing at an incredible pace, regularly landing near the top of America's fastest growing communities. From 2000 to 2010, despite a dampening recession, the population increased 50 percent to 76,640.

These days, Bend is growing at two or three percent annually and the population is 81,000 to 87,000, depending on who does the counting.

City planners forecast that by 2028, the city's population will reach about 115,000. That's a little bigger than Gresham is today, but without a city like Portland next door.

The newcomers move here for many reasons. Some people come for the lifestyle, others for a job.

They are people like Kelly Monaghan, who moved from Wyoming to Bend last year and is a Deschutes County deputy district attorney. His girlfriend, a pharmacist, followed this summer.

He might have come for a job, but he stayed for the outdoors, the lifestyle, and the people. "I didn't target Bend," he said. "Nobody seems to believe that, and I really understand their skepticism now that I'm here. This is such a wonderful place to live."

Even with only a year under his belt, he hears the complaints and feels the squeeze.

"I can almost tell how long you've lived here by the issues you raise," he said. "I was surprised at how accessible things were over the winter. I was stoked not having to wait in lines. 'Bend doesn't have a tourism problem,' I thought. Then summer rolls around and 'Oh, now I can see it.'"

"It's a free country. People can move and live where they want. We have a high demand of folks wanting to live here," he said.

If Bend stopped building new housing to keep people from coming, the city would run into other problems, including skyrocketing rents and home prices.

Bend City Councilor Nathan Boddie said he worries about housing affordability. "If we create something like a moratorium that prevents more housing and limits the ability of people to live here, prices go through the roof," he said. "While we're annoyed by growth, we can't react by pricing everyone out of the community and turning ourselves into a resort."

Planners, builders, economic development officials and politicians say the trick is maintaining a reasonable growth rate that the city can keep up with. Few people want to return to the crazy, out-of-control building and population increases of a decade ago; not even the builders.

Those contacted for this story all, in their own ways, said they thought Bend is in a sweet spot right now at about three percent growth.

"We prefer something in a three to four percent growth range on average," said EDCO's Lee, referring to GDP and employment growth. "It's easier to plan for business when you've got a steady course rather than the big peaks and troughs," he added.

City Councilor Boddie and candidate Abernethy both agreed the city is keeping up right now, though if growth accelerates, they predict problems.

Tim Knopp, executive vice president of the Central Oregon Builders Association, also likes where things are now. He points out that around 2007, the city received applications for more than 2,000 single-family housing units per year, which he called too many. At the bottom of the recession, that fell to 150, which was too few. The building industry learned its lesson during the boom time and doesn't want to get so far ahead of the demand and the need. They are taking things more cautiously.

"About 1,000 homes per year is the right and sustainable growth rate for the City of Bend," he said.

The U.S. Census Bureau reports that Bend has about 37,000 housing units. That means Knopp's 1,000 per year works out to slightly less than a three percent growth rate.

Bend currently is going through a lengthy process of expanding its Urban Growth Boundary (UGB). The UGB is a state-mandated line on the map that designates where the city should grow. It protects rural lands outside the city and encourages denser development inside the city.

Oregon cities must keep enough available land inside their UGBs to accommodate forecasted growth. When a city runs short, it annexes more through a process overseen by the state.

"The original proposal was illegal. It was a former council poking a stick in the eye of state government and daring the state to keep them from breaking state law," said Boddie, who was elected in 2014.

The state said no way to the proposal, and directed Bend to make better use of the land it already had. Under the new proposal, Bend will annex about 2,300 acres for more than 5,000 additional housing units.

"(Council's) main job is to make sure we are planning ahead for and staying ahead of expected growth so that we can keep Bend a great place without killing the goose that lays the golden eggs," Boddie said.

Since 5,000 units will not be enough to house the 30,000 people who are coming, increased density will be necessary. The city has identified several "opportunity areas" where higher density housing will be encouraged.

"The state is imposing forced density on the City of Bend," Abernethy said. "The growth is not something we are doing or causing. We're having to react to it."

He said one of his top priorities if elected will be preserving as much of the "Bend feel" as possible. He notes, though, that there will be tradeoffs. He pointed to the Oregon State University-Cascades campus coming to the West Side as an example. It will be exciting to have the energy of a university campus in town, but students will unavoidably increase traffic in that part of town and cause other town vs. gown conflicts.

Monaghan, the deputy DA who moved to town last year, embraces that Bend feel, and he's not alone. "I was telling the jury today about living in Central Oregon and living in Bend. I told them how lucky I feel to be here. The entire jury box just smiled and nodded. You could tell they feel lucky to be here, too."

Bend City Council and Deschutes County Commissioners will hold a joint public hearing on the proposed UGB expansion on Thursday, Aug. 25. There will be two sessions starting at 1pm and 6pm with a break between. The second session will end no later than 9pm. The hearing will take place in the Barnes/Sawyer Room on the first floor of the Deschutes Services Center, 1300 NW Wall Street in Bend

Growth is challenging, isn't it? Thanks for a thoughtful blog on growth in Bend, OR.

Also thanks for visiting and commenting on my blog. 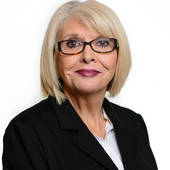