What is the Cajun Navy you ask? Well, it is the TRUE first responders to the horrendous flooding that is affecting the Baton Rouge LA area and expanding as it flows to the Gulf.

Is the flooding over? Not until the water flows in the Gulf of Mexico. To set the stage of the Cajun Navy this was the scenario: Rain fell in unprecedented amounts for 3 days, resulting in totals between 20 and 30 inches. That's a lot of water falling out of the sky. Louisiana residents are used to hurricanes and dealing with water, but this was a true flash flood of biblical proportions.

The water rose so quickly that people could not even gather clothes or their animals. They literally were scrambling to get out or get up on the roof.

As learned in previous natural disasters, it is very difficult and impossible for a federal response where there are not passable roads. So the first responders and continual responders has been from people helping people.

If you live in "Sportman's Paradise", you most likely have a boat. The flat bottom jon boat, (pronounced JOE boat in Louisiana) is perfect to navigate shallow water and drive the boat to the window of a home.

The Cajun Navy assembled in Baton Rouge, made up of fisherman, duck hunters, gator hunters, wildlife and fisheries employees and people wanting to help people. The Cajun Navy was prominent in the rescue of hurricane Katrina evacuations. They can launch a boat off an interstate highway, a front yard, or wherever needed. Many had to launch their boat in their own driveway!

As the Cajun Navy wraps up the human rescue they begin the animal recovery. It is very sad to see dogs treading water and animals trying to find anything that floats to stand on . This is a photo from facebook that shows the rescue of chickens. Only 1 in 8 residents in East Baton Rouge have flood insurance as this area has never flooded. Flooding is continuing to affect additional areas, as the water flows to the Gulf of Mexico.

As a Lousiana native, now living in Missouri, I have experienced this. Louisiana people are strong and help each other. They will be filling the dry houses with as many friends and family to live, while they figure out what to do next. Flood repair takes a long time, even with flood insurance.

Cajun Navy: A Lesson In Taking Care of Your Own People

What a wonderful, inspirational post. I have friends in and from Louisiana and I have been through and visited, so I have been seeing a few reports of these Good Samaritans on social media. I wish it got more coverage. Hopefully when disasters strike other areas people are inspired by the Cajun Navy and will go help!

Cody, I think it is the true American spirit coming alive. This is about survival and the human instinct to help each other in a crisis. With 40,000 homes and businesses flooded and a tight housing market, it is going to take a lot of friends helping to shelter people. My sister has taken in her daughter's family and their neighbors family for the duration.

Good morning Carolyn.  It's all about people helping people.  Good to see the American Spirit is alive and well in Louisiana.

Thank Goodness for these people who are able and willing to help their neighbors.

This is wonderful to know. I have been seeing many stories but love that those in the area are taking care of their own and stepping up.

The Cajun Navy is directly responsible for the low number of deaths in that historic 30 inch rainfall. They risked their lives to help others. Now the cajun army is mobilizing. That is a group of people who know how to lay sheetrock and other skills to help the massive amounts of people without flood insurance. 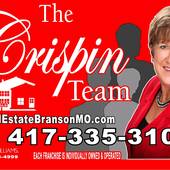