This articel could not be any more dead on. Out market is ON FIRE HOT!!!!!!!! It is deffintaly worth the read.

Reno, Nev., one of the cities hit hardest from the housing market collapse, is making a strong comeback in real estate with the expansion of incoming technology companies to the area.

Big name tech giants Tesla, Apple and data security company Switch all announced plans in the last year to locate to Reno. The area, known for its close proximity to recreational Lake Tahoe, is expecting a flood of tech sector workers over of the next couple of years.

Reno’s home prices are already soaring with the prospect of new employers entering the area. The area’s median homes sales price rose by 16% since last year, according to the Reno/Sparks Association of Realtors.

A typical Reno home now sales for $299,250, nearly double the price from the city’s recession low in January 2010 when homes fetched a meager $167,000, according to data from the Northern Nevada Regional multiple listing services.

In Fernley, Nev., a city 30 miles from Reno, where online retailer Amazonhas relocated its Nevada hub, home prices have risen 23%.Fernley is also Very centeral loacted, right along Interstate 80, with affordable home life for familys, and a easy commute to USA Parkway were Tesla and everything is only 14 miles downt he Highway.

“The overall growth in the lower market is completely on fire with multiple offers say anything under $500,000 – it’s crazy,” said Monica Gore, a Reno real estate agent at Dickson Realty, who has been selling homes in the area for over seven years.

Around 50,000 people are expected to arrive to the area in the next five years, according to the Nevada Association of Realtors.

With the projected population grown, an additional 9,000 homes per year are needed in Reno, according to Economic Development Authority of Western Nevada (EDAWN)) – a local agency that forecasts region’s economic outlook.

“We have these executives from the tech sector buying homes [in Reno],” said Gore, who specializes in luxury real estate. “You're really going to see the Tesla effect over the next five years.”

allison pimentel Welcome to Activerain and this is a fine localism post ure to garner attention from many buyer prospects. 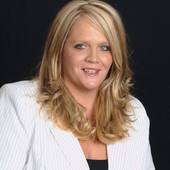