Living in Western Montana, residents of the Bitterroot Valley are accustomed to wild fires erupting during the late summer months.  But no one was prepared for the lighting speed and ferocity of the fire that swept down the valley beginning on Roaring Lion Lane in Hamilton.

Residents had just minutes to evacuate and many had no time to get their horses, livestock and pets to safety.  Sadly, one person died during the evacuation, 16 homes were lost and over 50 structures, vehicles and other farm equipment items were burnt beyond recognition.

Local firefighters and law enforcement and other public servants rushed to the scene and bravely assisted with fire fighting, resident evacuation and public safety duties.

Within minutes of the fire ignition, local business leaders and concerned citizenry jumped to action.  Facebook groups were started to coordinate community help and collect donations.  Horses and other livestock were directed either to private land offered to house them or taken to the Ravalli County Fairgrounds for safekeeping.  Cash and in-kind donations flooded in to assist with the 70 plus animals that were taken to the Bitter Root Humane Association as a result of the fire.

Local businesses donated labor and items to the victims of the fire and also sponsored fund-raising events. Offers of shelter to all fires evacuees were posted on Facebook by neighbors from across the Bitterroot Valley.  Food, clothing and other needed items were distributed at local churches.  Firefighters were publicly praised for their dedication and courage, and personal items for the firefighters such as lip balm, sunglasses and energy drinks were privately collected.  The Bitterroot Valley Board of Realtors continues to collect items for the fire victims.

Out of the ashes of the Roaring Lion Fire, new community bonds were forged and there rose a collective recognition that Bitterroot Valley residents indeed take care of each other in a moment of devastating disaster.

This is another reason why my husband and I love the Bitterroot Valley area - the kindness of people was evident when we visited, even when there was no natural disaster occuring. I'm not surprised that the community came together to help those who were impacted by these fires. Thanks for sharing! 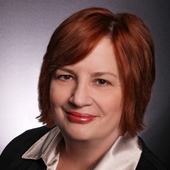