Battle cries are sounding. Social network platforms are warring for their fair (or not so fair!) share of users. Instagram recently released its new Stories feature, a near carbon copy of Snapchat. But is Twitter tardy to the party? Here’s the scoop: Instagram Stories are live 10 second posts that vanish in 24 hours. The new update offers pens for drawing and other Snapchat-like features. However, Instagram’s target is a more mature audience.

In slight contrast, Instagram omits the funky filters for which Snapchat is known.

Then, Instagram faced the backlash for its bold betrayal of fellow social network platforms.

You may also enjoy: How to Create an Instagram Ad

Instagram took a hit from the general social networking public. Users far and wide posted ruthless memes and text-based protests against Instagram’s down and dirty tactics. But that didn’t stop Instagram Stories from pulling traction among its target audience. Instagram Stories are holding their own, in spite of their morally-lacking methods. As the dust settled, Twitter announced its latest update: Twitter Moments.

Also selected for you: Use Social Networks to Generate the Greatest Prospects The competition is fierce among social network platforms. Twitter wasn’t about to sit back on its haunches while Instagram stole the show. As a matter of fact, Twitter recently rolled out its new feature: Moments.

Comparatively, Twitter is showing much more respect for authenticity and fair practices than Instagram showed. Twitter Moments is less of a filtered, pen-drawn, elementary approach to sharing stories. On the contrary, Twitter’s aim is more direct with focus on informative, conversational, timely, trendy, and content relevant to current events.

Twitter gathers up the goods on current, cultural, sporting, local, and other events and activities. Moments then presents that content in a neat, tidy fashion at lightening speed. But how is this different from hashtag happiness?

Twitter Moments eliminates the users’ need to search for mainstream topics. With the tap of a lightening bolt icon, users can access what they want. Twitter Moments are real-time, fast-loading displays of videos, images, tweets, and other social media content.

Also selected for you: Using Social Media to Expand Your Blog's Reach

Snapchat was onto something. Instagram knew it. In a scandalously shady way, Instagram tried to cannibalize Snapchat’s social savvy. Twitter wants in on the fun, but isn’t willing to compromise its integrity.. Twitter Moments capitalizes on the need for speed in social networking, without stepping on the toes of other social network platforms. While Twitter may be tardy to the party with its release of Moments, the integrity of their unique approach may just win them favor in the public eye.

Hello Lori,  Always interesting blogs by you.  Hope you have a great weekend 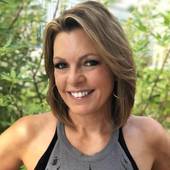