I understand that there are many that don’t understand the home buying process and where the use of a Realtor may be useful. This particular buyer purchased a home many, many moons ago. Back when homes were listed in a booklet and the internet didn’t exist. His idea of a Buyer’s agent role was different to current times. No matter how hard I tried to explain, he was convinced that he was responsible for my commission, not the seller and that my duties were very different than the standards that we’re held to today.

The son retained my services, but the father was so adamant about how Real Estate works that it was a consistent battle. We were able to submit an offer on a house that they fell in love with. There were multiple offers and I told him that he needed to come up in price if he wanted to be successful. He did, and we submitted. The listing agent called me and told me that it looks like the seller will be accepting our offer and to give them a day to return the executed contract.  During this 24-hour waiting period, my client went directly to the seller’s agent and submitted a higher offer. When I gave my client the update, he didn’t mention anything about the offer he submitted directly to the seller’s agent. Now here we are, 24-hours later, I’m following up with for an ETA on the executed offer only to find out that a higher offer was submitted which the seller accepted. I called my client to give him the update and he says, I wonder if that’s the offer I submitted”? I’m scratching my head. You submitted an offer? He said, “Yes. I contacted the agent and submitted the offer yesterday.”  I had to laugh. The seller’s agent and I had a good laugh. We were able to close. I told the Buyer that he could have purchased the property at a lower price. He basically outbid himself.  Never thought that could happen. But in this business, I’ve learned to Never say Never. 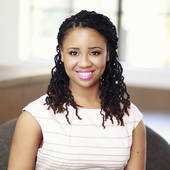