Mid Miami Beach was long known as an area with faded hotels and condos, a rather boring area compared to sparkling South Beach. Hotelier and real estate developer Alan Faena (Faena Hotel in Buenos Aires and developer of Buenos Aires’ trendy Puerto Madero) saw potential in this superb part of Miami Beach which sits on one of the most beautiful beaches this city has to offer. Together with his business partner, the New York-based Len Blavatnik, Mr Faena is transforming the area into the Faena district, a 4-block project that comprises the 169-room hotel, the Faena Hotel, the 50-room Casa Claridge’s (Now rebranded into Casa Faena),  three condominium buildings, a cultural center and a retail complex.

The Faena district, which received official designation as a Miami Beach district in late 2014, is a 10-minute walk north of South Beach and the centerpiece of Mid-Beach’s emerging status as a hot destination. The development stretches four blocks along Mid-Beach from 32nd to 36th street, between the Atlantic Ocean to Indian Creek. The Residences at the FAENA District

The Faena District offers three ultra luxurious residential towers. Besides these three condo tower, the Faena Hotel also offers 13 units on the top 2 floors that they are now selling and condo-hotel units.

All of the three condo projects are equally luxurious and unique at the same time.  The hotel and Faena Versailles Classic have a classic style that is reminiscent of Miami in the 1940’s, while Faena House has a contemporary feel to it.  Faena Mar will be of equal quality of Faena House, but with a different unit mix, and unique aesthetic.

Faena District looking great! Thanks for sharing this, David! All the best! 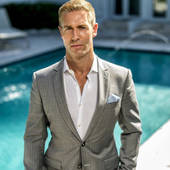