one big problem), we were so grateful and amazed that one we had recently with four (tandem) buyers/sellers went so smoothly. The stars must have aligned, or St. Christopher gave his blessing. Whatever, what could have been a nightmare, turned out to be one of the easiest transactions we have ever done.

The first were buyers for Realtor Barry Owen’s listing in Bellevue, Nashville TN. They were first time buyers, but they had had frustrations, we understand, in bidding wars prior. Barry’s seller in Bellevue did not have a home to move to when he accepted an offer on his current home.

We had potential sellers in Hermitage TN, who were hesitant to put their house on the market until they found something to move into. But they decided to list after looking at multiple properties, both online and in person, which went under contract before we could ‘write an offer with contingency to sell home.’

Bellevue seller’s daughter, perhaps was having a sleepless night, when she saw our newly listed Hermitage home in MLS in the middle of the night.  She immediately emailed Barry who was there bright and early with them the next morning to see Hermitage home.

Our Hermitage sellers had the usual, these days, back to back showings in one day, and several offers. They accepted Barry’s client’s offer, but added a temporary occupancy addendum and contingency to find suitable housing so that they could find a home themselves.

The next weekend we looked at a newly listed property in Hendersonville TN,  which the Hermitage sellers loved. They put in an offer which was accepted, but Hendersonville sellers also had to find a home.

After all had accepted offers ‘contingent upon finding suitable housing,’ and with temporary occupancy agreements for time to move out, we all got back together and worked out the timing of the closings and move outs with signed addendums.

After closings, we never know about moving trucks whether they will be on time, as sometimes there is a truck breakdown in another city, or lots of excuses from the movers to be late.  But we were delighted to hear that the first sellers to have to move, had moved a day early. Then the second who needed to be out were out a day early. So that meant that the last two could have possession early also.

No horror stories afterwards either. There were a few texts back and forth (“where is the cable outlet in the boy's bedroom?," etc) but all were eager to answer and help.

It is great when you have professional agents, and wonderful clients and this business is a joy to be in. 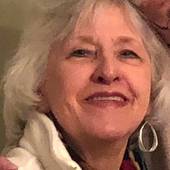