Cast Iron and clay pipes are a hidden time bomb.  They say the best mistakes to learn from are someone Else's. I will give you two examples of when ignorance cost me thousands.  You can avoid the risk of buying and older home in DFW.

In the early 1970's builder switched from building homes on pier and beam and went to slab on grade.  That meant water and sewage pipes became integrated into the foundation.  No big deal right?  Wrong.  The materials of construction for pipes used at the time were either cast iron or clay.  Herein lies the problem.

My husband says water eats cast iron like Baptist eat chicken at a church social.  Given enough time, everything will be consumed.  We bought an investment property with some foundation damage.  The deviation did not appear to be a big problem and not too expensive to repair.   The home inspection revealed no plumbing problem.  However when the foundation was brought back to level, the cast iron in the foundation cracked.  The water created a weak spot in the plumbing which gave when exposed to the stress of leveling the house.  That meant digging into the foundation in the bathroom and repairing the leak.  Can you say use up your contingency money?

A couple of months later we purchased another property.  In addition to the inspection, we ensured there was no cast iron.  We pressured tested the plumbing as well.  We brought the property into service condition.  Part of renovation involved installing a new tile floor.  Everything was great.  Tenants moved in and were happy, until the sewage started backing up into the bath tub. It seems that roots in the front yard had made their way deep into the clay system.  They were thin enough to allow water to flow during the home inspection and pass the pressure test (the roots were actually holding the system together).  Well when the toilet system was used as normal, paper and other material would get caught in the roots and clog.  The remedy was to tear out the plumbing from the city tap, across the lawn, rip up the new tile floor and into the bathroom.  The clay literally fell to pieces when the plumbers tried to lift it out.

All Real Estate agents are not created equal.  There is much more to knowing the neighborhoods than just the school system and the location of the nearest hospital.    Some problems are buried deep and are not revealed by a routine home inspection.  In my particular instances, neighborhoods in West Tarrant County were constructed by builders who used cast iron.  Builders in East Tarrant County were using clay pipes at the same time.  Knowing where these issues are and how to detect them is huge when making a purchase decision. Most can be overcome but you have to know how to deal with them.

Call Me or an Expert in Your Area

When you interview your prospective Real Estate Agent, make sure you do some digging on your own to ensure they really know the neighborhoods.  Renovating old houses can be fun and rewarding.  Many people want to be like Chip and Joanna Gaines in "Fixer Upper."  Understand renovation is more than paint and kitchen remodels. 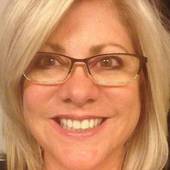