Patricia Taylor moved from California to Georgia and bought a home in the quaint, but popular little town of East Point (just south of Atlanta).

Soon thereafter, Patricia’s longtime friend, Felley Dennis — so lonely without her — moved out to Georgia too and bought a home on the next street over. 😊

The years went by. Both of these BFF’s (best friends forever) retired and decided to make plans to move back to California, so they could spend their golden years enjoying their grandkids.

Both prepared to put their homes on the market. Patricia Taylor’s home sold at the end of July to a young couple just starting their journey. Patricia went ahead and moved back to California and is once again waiting on Felley to join her. 💔Felley’s still hanging around East Point waiting for someone to buy his house, which just went on the market mid-August.

Click here to see the conclusion of this East Point GA love story. Hi Cheryl Dukes - Premier Luxury Marketing Consultant - Atlanta ,  What a cute story! I hope the home sells quickly, so he can head back to California.

I hope so too, Larry. Glad you enjoyed their story. 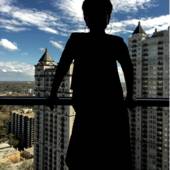