“August is a record breaker in more than one way. For the sixth consecutive month, we have a sales record with more sales than any other month of August on record,” says Mike Nugent, 2016 President of the Board. “We also have the lowest number of listings available for sale in an August than we’ve seen in the last twenty years. That lack of inventory will continue to put pressure on Victoria house pricing.

Sales would be even higher were there more inventory available for buyers to purchase. Regardless of the low inventory, it’s safe to say that by mid September we will have surpassed the number of sales for all of 2015, with four months remaining in the year.

“As we saw last month, the expected seasonal slowdown continues as we move towards the autumn,” adds Nugent. “August tends to be the slower summer month, though the year-over-year sales numbers are very strong.

This shows continued consumer confidence in the Victoria real estate market. It is early to determine a trend, but we don’t see any early indications that the foreign investment Property Transfer Tax implemented in Metro Vancouver has impacted sales to any extent in Victoria at this time.”

The Multiple Listing Service® Home Price Index benchmark value for a single family home in the Victoria Core in August, 2015 was $603,200 May you have continued success and hopefully an easier place to do it with. Be well!

Hi Laura Cerrano Hey thanks for stopping by.

Cheers, have a fun and successful day! 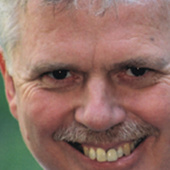