A Tesla is a fully electric car manufactured by Tesla Motors. There are different models, including the Tesla Roadster, the first highway-capable all-electric vehicle in mass production for sale in the United States, and the Tesla Model X, a full-size crossover SUV with seating for up to 7 adults. Teslas do not run on gas. The batteries can be charged at home using equipment manufactured by Tesla for home charging, or on the road using Public Charging Stations or the Tesla Superchargers.

When charging at home, the most convenient time to charge is at night, when your car is parked in your garage. Tesla recommends hiring an electrician to install an outlet near where you park your Tesla vehicle, convenient to the charge port location in the driver’s side rear tail light. Most customers install a 240 volt NEMA 14-50 outlet which will charge their Tesla vehicles at the rate of about 30 miles of range each hour. Because each model has a different charge rate, Tesla has put together a Home Charging Calculator, which gives the consumer important charging information by model.

Supercharging is already enabled on every new 60 kWh, 70 kWh, 85 kWh, and 90 kWh Model S and Model X, and is not available on 40 kWh cars. When charging on the road, the Tesla Trip Planner will automatically route you to Superchargers on the way to your destination. If not enabled for Supercharging, you can visit Plugshare for a map of Public Charging Stations.

Superchargers are free connectors that charge Model S and Model X in minutes instead of hours. These Tesla charging stations are strategically placed to minimize stops during long distance travel and are conveniently located near restaurants, shopping centers, and WiFi hot spots, and have multiple Superchargers to help you get back on the road quickly. They can charge half the battery in 20 minutes. The second half takes longer because as the battery nears a full charge, the onboard computer gradually reduces the current to the optimum level for topping off cells, which Tesla recommends as 80%. The exact time to full charge will vary by vehicle. For residents in Greenwich, Connecticut, you can find Supercharger stations conveniently located on the Merritt Parkway, both northbound (3000 Merritt Pkwy) and southbound (2000 Merritt Pkwy).

The Superchargers have changed the face of long-distance travel in a Tesla. The miles of range (the number of miles you gain during a charge) increase substantially by using a Supercharger. After a half hour of charge, the Tesla Supercharger provides up to 170 miles of range, compared to just 10 miles using a Public Charging Station. In an average of 30 minutes, the Supercharger will get you back on the road with enough charge to take you to the next station.

Some useful information for Tesla owners.  I just can't fathom a cross country trip predicated on where the plug might be

It sounds crazy, but it is quite doable.  I met a person who did it. He said once he and his friends stopped to charge, the car was usually ready before they were.  The GPS automatically calculates the next charging location.

Hi John - good information for Tesla owners.  I was at a Stamford lunch.  I hope I catch you at the next after hours. 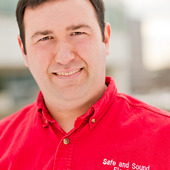