It's good to be able to report that recently released Greater Albuquerque Association of REALTORS® statistics for August point towards a very lively end to the summer in the area.

Apart from continuing concerns over the level of inventory of available homes for sale, which we'll return to later, there were positive indicators right across the most important statistical categories for detached homes.

A detached home took just 51 days to sell in August - an 8.9% year-on-year improvement. There was also a 9.1% increase in the number of detached homes sold, compared with August 2015.

There were also indications of continued strong market activity this month, with pending sales increasing by 24.2% for detached homes during last month.

While inventory showed a 16% drop over the past year and overall levels are again moving nearer to a 10 year low, there was at least a welcome sign in new listings, which showed an annual increase of 4.2%. While this may superficially appear to be an improvement of some sort, August's inventory figures were, in fact, the worst for over six months. Small year on year increases do not really paint the most accurate picture of what's happening to inventory and the reality is that, with the Fall and Winter now firmly in our sites, we can realistically expect to see declining inventory numbers in real terms until the New Year.

This, of course, presents a golden opportunity for those sellers who don't fall for the myth that there will be no home sales in the coming months. We dealt with this issue in some depth in last Friday's blog.

For those sellers who will keep the faith this Fall, there is the prospect of continuing strong buyer demand, thanks in no small part to the continuance of low mortgage rates. Prices will thus hold up more robustly and competition will be reduced, as some sellers will withdraw from the market, irrespective of good advice to the contrary. So far there has been no let up in the enthusiasm of buyers, so it bodes very well for good numbers of people desperate to buy chasing ever fewer homes as we move towards the holidays and year end. It's a fantastic selling scenario. 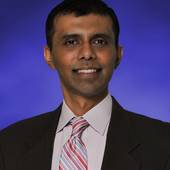