The irrepressible Yogi Berra passed away almost a year ago. Berra was a three-time American League Most Valuable Player; led American League catchers in home runs and RBIs in nine consecutive seasons from 1949 to 1957 and played in 75 World Series games, among other accomplishments. As famous as Berra was for his skills on the baseball field, he was equally known for being quite the philosopher with what has become known as "Yogi-isms". Here is a sample. Many have possible business applications…and all will put a smile on your face. Enjoy…..

• “You've got to be very careful if you don't know where you are going, because you might not get      there.”

• “Nobody goes there anymore; it's too crowded.”

• “You can observe a lot by watching.”

• “We made too many wrong mistakes.”

• “It was impossible to get a conversation going, everybody was talking too much.”

• “Even Napoleon had his Watergate.”

• "How can you think and hit at the same time?"

• "A nickel ain't worth a dime anymore."

• "In theory there is no difference between theory and practice. In practice there is."

Thanks for sharing these Missy. Every one of them makes me smile.

I met him once at a baseball game in ny.. what a character... my fav: "A nickel ain't worth a dime anymore."

You are lucky to have met him...! My husband watched him at Yankee stadium when he was (much) younger. Thanks for the input.

Thanks for sharing the Yogiisms, always a joy to read and think about the wisdom he shared.

Good morning Missy and welcome to the Rain. Yogi was a very special guy and smarter than he was given credit for.

Good Afternoon Missy - thank you so much for sharing.  I always love hearing those Yogi isms! 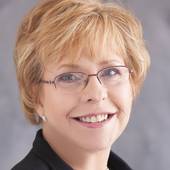