Since then, East West has developed more than 25 award-winning communities that combine a vacation lifestyle with everyday living in the metro Richmond area, the Hampton Roads region of Virginia, Beaufort, South Carolina, and Orlando and Jacksonville, Florida.

With each new community developed by East West there is a continued commitment to superior home design, environmental stewardship, and imaginative amenities. East West’s dedication to innovation and industry leadership is unparalleled.

East West began development in Hampton Roads in 1988 with Gatling Pointe in Smithfield. Overlooking the James and Pagan Rivers. Gatling Pointe’s resort style amenities include a yacht club with 68-slip marina and clubhouse with restaurant. The neighborhood has received numerous awards including "Community of the Year" by the Peninsula Housing & Builders Association three times in 1988, 1989 and 1994. East West Senior Vice President and Broker, Mark Edwards, began his career with East West at Gatling Pointe; "Gatling Pointe was the first large scale community developed in Isle of Wight County and we’re proud of the real sense of community you feel as you drive through the neighborhood today. Seven of our Founders Pointe builders started out with us in those early years, over 25 years ago. Our 1993 Parade of Homes in Gatling Pointe South attracted over 55,000 people and was recognized for the "Best Home Show in America." In 1999, East West began development on The Riverfront at Harbour View, the 1,300 home community overlooking the Nansemond River in northern Suffolk. The community features two pools, two clubhouses, an 18-hole golf course, parks, tennis and volleyball courts, and miles of paved walking and biking trails. The Riverfront has received numerous awards including the Stanley Award for "Community of the Year" in 2003 and 2005. In 2008, The Riverfront was named as the first and only community in the Tidewater Builders Association’s "Community Hall of Fame." The Riverfront offers a large variety of housing opportunities from waterfront custom homes to attached condominiums in the low $200,000’s at Sunfall at the Riverfront. "The Riverfront is truly a one-of-a-kind planned community that has something for everyone. We’ve just released the last four riverfront lots located on River Park Drive along the Nansemond River," says Edwards of the final phase of the journey at The Riverfront, "The breathtaking views up the James River and the sunset views in the evening are like no other. It’s hard to believe that we only have 25 homesites remaining. The Harbour View area has become the heart of Hampton Roads, and the last phase offers potential homebuyers a golden opportunity to build their dream home."

Soon after development began on The Riverfront, East West opened Eagle Harbor in Carrollton in Isle of Wight County. The sold out community features a variety of homes from single family to condominiums and top notch amenities like Celebration Park – a recreational hub with a 5-acre lake, boat dock and fishing piers, clubhouse, and waterpark. The community was awarded numerous honors from the Peninsula Housing & Builders Association including "Best Community" in 2003, 2005 and 2007. Though residential development is complete, East West remains as a presence in Eagle Harbor as the remaining commercial parcels are being developed.

Located in Isle of Wight County, overlooking Batten Bay and the James River, Founders Pointe is just minutes from historic Smithfield. Its central location offers the convenience of easy commutes to both Norfolk and Peninsula while offering a quiet retreat from the hustle and bustle of everyday life. Founders Pointe has twice been awarded the Peninsula Housing & Builders Association’s "Community of the Year". The PHBA has also selected Founders Pointe as the site of the 2016 Parade of Homes event which will take place October 1-16th and feature 8 designer model homes.

Since development began in 2005, more than 210 families have decided to make Founders Pointe their home. Attracting some of the best custom homebuilders in Hampton Roads, Founders Pointe is a unique waterfront community offering distinctive architectural styles at an outstanding value. Homes in Founders Pointe range in price from $400,000 to over $800,000. Interior homesites start at $87,500 and one-acre homesites on the waterfront start at $250,000.

"We’ve been fortunate to attract homebuyers from both the Peninsula and from Southside Hampton Roads, because our location, although nicely removed from the city, it is still very centrally located. It’s only about ten minutes to Newport News, and ten minutes to the I-664 interchange at Harbour View," says Edwards. "Our residents have discovered how easy it is to travel the region and they love being just 10 minutes away from the charming town of Smithfield. People relocating from out of town can’t believe the quality of life our residents enjoy and the sense of community at the Residents’ Club makes their move an easy transition".

Founders Pointe’s multi-million dollar Resident’s Club features a coastal cottage-style clubhouse and a 4,000 square foot resort-style pool with a 112-foot waterslide. Adjacent to the clubhouse is a picnic area with grills, volleyball court, and children’s playground. The Club Coordinator plans fun events and socials throughout the year including Summer Day Camps, Book Clubs, Kids’ Night Outs, and the very popular Founders Pointe Foodies. The community has a large number of walking trails including those that lead residents to the 844-foot community observation pier where you can enjoy panoramic views and the wildlife that abounds on Batten Bay and the James River. It sounds like a great subdivision to work and play. 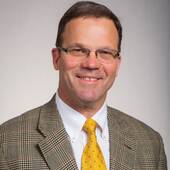