The August 2016 Months Supply of Inventory of 7.3 months was at its highest level compared with August of 2015 and 2014. A comparatively lower MSI is more beneficial for sellers while a higher MSI is better for buyers.

The average Days On Market (DOM) is how many days the average Property is on the Market before it sells. An upward trend in DOM tends to indicate a move towards more of a Buyer's market, a downward trend a move towards more of a Seller's market. The DOM for August was 58, up 16.0% from 50 days last month and down -1.7% from 59 days in August of last year. The August 2016 DOM was at a mid range compared with August of 2015 and 2014.

Art Wilson - You do a great job in keeping your clients up-to-date on Highland Park, IL real estate trends! 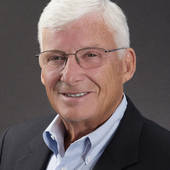