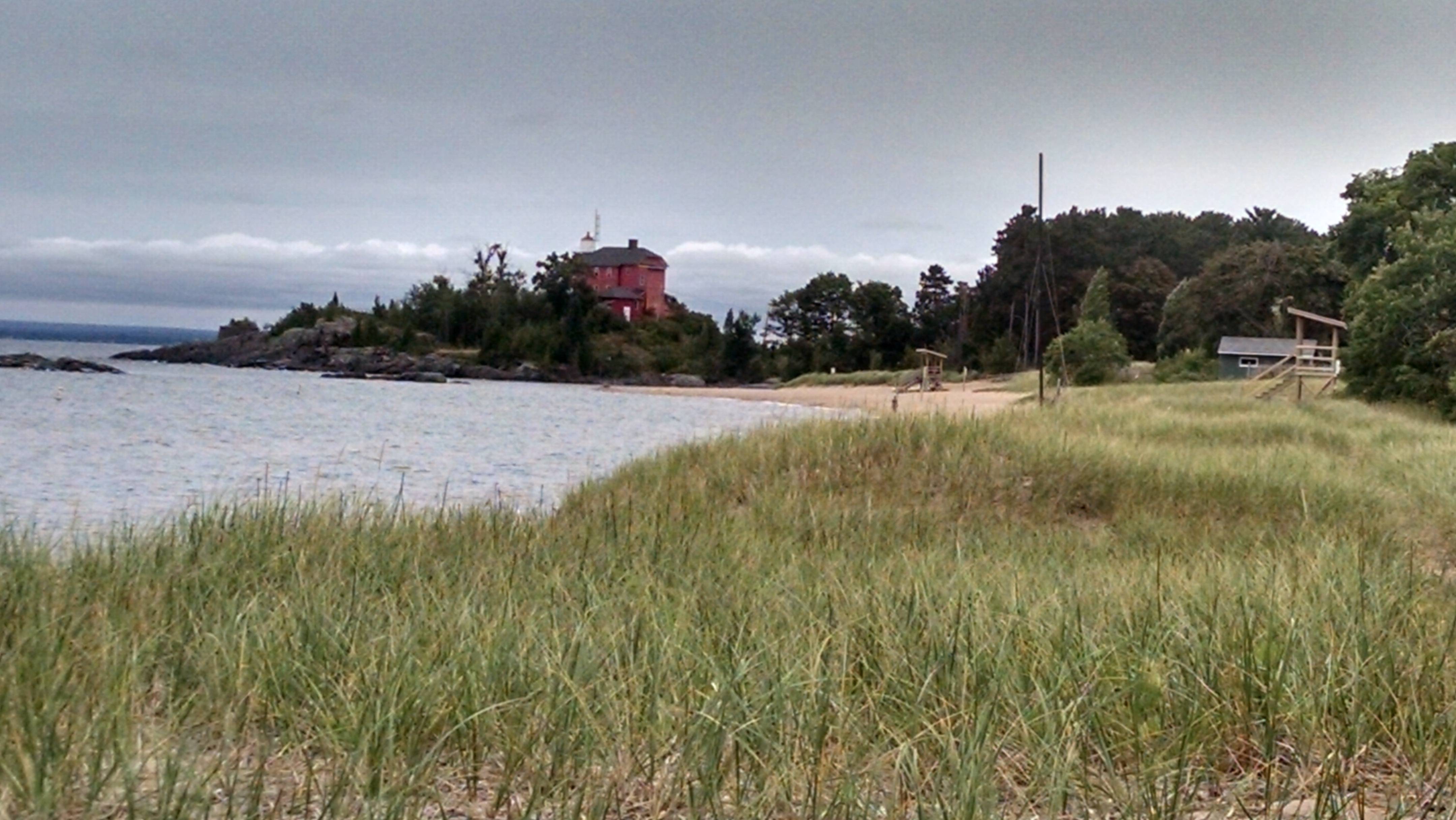 Relaxing On the Shores of Marquette One of my favorite cities in Michigan’s Upper Peninsula is the city of Marquette.

I had not been here in several years when I stopped here last week while checking on a Forest Inventory project we are working on North of here in the Huron Mountains.

On this day while others were hard at work in the woods, I took a break and watered the dogs in Lake Superior, admired the view, took a few pics, and spoke with a cute lifeguard who told the dogs they had to go as soon as they got a drink. Fortunately I had one of those plastic bags in my pocket that city folks use to pick up dog deposits, since Drake displayed his displeasure by leaving a little gift behind.

I did however do the environmentally responsible thing though and deposit the contents of the bag out in the forest later in the day. This fertilizer will not be put into a landfill where it will be wasted for the next million years; instead it is doing its part to fertilize an Aspen tree today. Enjoy the pics and watch for more posts about some of the other things that I love about this city.

Ps, want to see these pics in full screen with lots of detail, just right click and hit view image. I love this and often have people tell me about how terrific Michigan is! I'm bookmarking (had to figure that out since it's changed) and hope to use it in some future Tuesday Travelogue, Bob.

Thanks for the tip on how to view the lovely photos in full screen.  I've never been to Michigan perhaps one day.

I really enjoyed the trip to Marquette, Michigan.  A

Thanks for sharing the photos Bob, that looks like a great place to spend some time.

Very pretty photos Bob and glad that you get to see such beautiful sights as part of your workday.

Hi Bob, I really enjoy taking trips to Michigan, though I haven't been able to go for some time now, with or without dogs.

I feel like everything looks more beautiful by the shore or body of water.

What a great way to relax after several days of intense forestry work.  Thanks for posting this, Dad.

Sep 24, 2016 01:21 PM
LIKE
#8
You must sign in or register to leave a comment
Login Register
Show All Comments
Older Post Newer Post
Back to Top
Generate More Leads from this Listing
With a Trulia Pro Account
Learn More
Find what you need?
See More Blog PostsAbout Real Estate! SEE MORE NOW!
Ambassador
4,756,423