Overall this forecast, like past forecasts, continues to support that the 30-year fixed rate mortgages are meandering upwards at a slow rate while the out year rate forecast seems to be becoming more aggressive. We can expect fluctuations in the rate as they will not remain stagnant but will slightly deviate around the quarterly average.

So what do these rates mean if you are seeking a Veteran's Assistance or VA home loan? The rates one actually qualifies is based on several factors including the loan program, credit score and credit worthiness. The forecasted rates are only intended to provide you with insight into what the market considers as the overall average rate for the given period. You must check with your financial institution to find out what rate you qualify and in some cases that rate may be lower than what you see forecasted by Mortgage Bankers Association. VA home loan is a home loan guaranty program offered to Veterans, military service members and eligible surviving spouses. 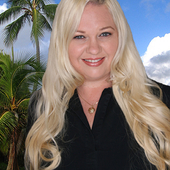