ARCADIA AVERAGE PRICE PER SQ. FT. UP 3% FROM LAST YEAR

19% increase in the number of homes sold.

Using data supplied by the Cromford Report The residential market in Arcadia was stronger during the three months November 2015 through January 2016.

Sales volume rose 19% above last year’s total and average pricing saw a rise of 13%. Since the average size of homes sold during the quarter rose by 9%, this resulted in a slight increase of 3% in the average price per square foot.

The number of active listings rose sharply by 26% from a year earlier, but with a 19% higher sales rate this represents 7.9 months of supply, just 7% higher than last year. Arcadia has been one of the most popular areas of the valley for some considerable time and the average number of days on market has decreased 1% to 138 compared with 140 a year ago.

Total spending on homes in Arcadia during the three months was over $68 million, an increase of 34% from just under $51 million one year earlier. Distressed property sales remain very low. Twelve months ago we saw 1 lender owned home close between November and January and we saw 1 lender owned home and 1 short sale during the same period this year.

The total number of non-distressed sales between November and January has changed as follows since last year:

0 new construction flat at 4 during each period.

investor flips up from 2 to 5.

Prices in Arcadia have increased throughout 2014 and during the first 8 months of 2015 and these pricing trends have been stronger than other sectors of the Greater Phoenix luxury market.

7.9 months of supply is about average for Arcadia and the large batch of additional supply compared to a year ago means the market balance is more favorable for buyers than it was last year.

The top end of the market has recovered from the lull that occurred in last fall. We saw 25 sales over 41 million which is 32% higher than a year ago. Above $2 million we saw a 60% increase from 5 to 8 sales.

Properties under $750,000 are quite often being purchased primarily for their land and some are being torn down and redeveloped to sell at much higher prices. Looking back over the long term annual average price per square foot we can see that prices in Arcadia peaked in April 2008 and fell by about 40% before recovering. The annual average $/SF has increased by 63% since the low point of January 2011.

The latest month sees Arcadia regain the height that it reached during the housing bubble – an annual average of $337 per square foot. Arcadia is the first location in the Greater Phoenix area to achieve this.

Lenders have become much more enthusiastic about jumbo loans over the last two years and as a consequence financing has become more freely available to well qualified borrowers. The interest rates on these jumbo loans are often lower than for conventional loans and the interest rate decreases as the loan amount increases.

It is an excellent time to be a borrower but very strong demand in Arcadia means buyers are finding they have little negotiating power when home hunting in this area. The additional supply that has recently become available may make life a little easier for buyers during the next few months.

Data prepared by Mike Orr, Founder of the Cromford Report and Director of the Center for Real Estate Theory and Practice, W.P. Carey School of Business, ASU. 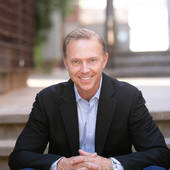