New U.S. single-family home sales posted their biggest decline in nearly a year in August after soaring to nine-year highs the month before, with analysts saying the trend in sales remains positive.

The Commerce Department said on Monday new home sales fell 7.6 percent to a seasonally adjusted annual rate of 609,000 units last month. Sales were up 20.6 percent from a year ago.

July's sales pace was revised up 5,000 units to 659,000 units. That level of annualized sales was the highest since October 2007, and even with the decline, the sales pace in August was the second highest since 2008.

Analysts said the level of sales generally supported their view of a strong underlying trend in new home sales and of a quickening pace of overall economic growth in the second half of the year.

"New home sales moved lower in August, but sales were at an expansion high in July and the longer-term trend remains positive due to strong homebuyer demand," said David Berson, chief economist at Nationwide and former chief economist at Fannie Mae.

Following the new home sales release, analysts at Macroeconomic Advisers kept their estimate of third-quarter economic growth at 3 percent, a marked pickup from the first half of the year.

Though new home sales make up just 10 percent of all home sales, evidence that the economy continues to hold up will add to the likelihood that the Federal Reserve follows through on an interest rate hike expected in December.

Evidence in particular that households remain willing to spend - whether on new homes or meals at restaurants - will support the Fed's view that growth in jobs and wages is helping support overall recovery even though other contributors to gross domestic product remain weak.

"There are good reasons to expect GDP growth to rebound," analysts at Capital Economics said in a research note, pointing to a rise in household disposable income and household net worth that is "close to a record high."

Major U.S. stock indices were down by about three quarters of a percent at midday. Homebuilder shares performed slightly better.

Another housing report last week showed a solid increase in permits for single-family dwellings as the housing market continues to strengthen overall amid a tightening labor market that is pushing up wages.

New home sales have also benefited from a dearth of previously owned houses available for sale.

At August's sales pace it would take 4.6 months to clear the supply of houses on the market, up from 4.2 months in July.

I think each market is different across the Country, and Denver luckily is still seeing home values increasing. 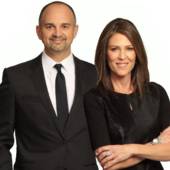