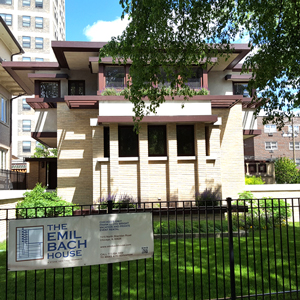 As I walk along the lake front in East Rogers Park, the brisk edge in the air wraps around me.  It is one of those inevitable September days that bid a soft goodbye to summer, and whisper of the approaching winter season.  With an energy that is unique to any other Chicago neighborhood, it is not uncommon to hear multiple languages being spoken as you make your way through the streets of this hidden gem.  This fascinating area roughly stretches from Devon to Howard Street.  Home to Loyola University, it is full of fresh faced, Taco Bell carrying college students, and longtime residents alike.  The eclectic charm of Rogers Park is exactly why I love it so much, and precisely why so many people are drawn here. With the current construction of a Target on the Northwest corner of Devon and Sheridan, and an influx of luxury condo rentals in the works, the area is slated to experience immense growth in the next two years.

I’m excited to see what changes this will bring for the real estate market, but for now, I will enjoy Rogers Park as it is and sip my fresh coffee. Today’s cup is compliments of the incomparable Royal Coffee House, a local brewer of authentic Ethiopian Coffee.  It is a home away from home to many of the neighborhood's diverse residents, and worth a trip not just for the caffeine, but also for the people watching.   They also serve delicious food; I enjoyed a Chicken Salad Sandwich, made fresh and brought out promptly to me to enjoy in their spacious outdoor seating.   Located at 6764 N Sheridan, it was also conveniently on the way to my destination; the local Frank Lloyd Wright treasure- The Emil Bach House.

I'm a huge believer in travel. Yet while venturing to faraway countries is exhilarating, I feel it is just as important to intimately explore what your own city has to offer.  People travel from all over the world to view the genius of a Frank Lloyd Wright masterpiece, while all I had to do was take a walk!

Built in 1915, the house has since gone through several exchanges in ownership, and now functions as a vacation rental home.   The house is also open for tours May- September, every Wednesday and Thursday.  I was lucky enough to snag one of the last spots of the season!

Upon arrival, I was greeted by Chris, who quickly proved to be an incredibly charming and knowledgeable tour guide.  His love for the famous architect is such that he himself resides in a home that was built by one of Frank Lloyd Wright's apprentices.  If you ever take this tour- book Chris!

He began the tour with bringing us to the front of the house, warmly asking all of our names, and THEN giving us a bit of a pop quiz.  He asked us all to point to where the front door of the house was.  As a group we all lightly laughed the way you do when you are with people you don't know.    To us, it obviously sounded like such an easy question.   Yet for those of you architecture buffs smiling and nodding your head right now, you know already what we did not- that Frank Lloyd Wright LOVED to create mystery with his architecture.  One of the ways in which he did this, was to create confusion when walking up to one of his houses.

We all guessed wrong as to where the front door was; most of us assumed it was under the most visible alcove, but were incorrect!  As we followed Chris up the stairway to the house, we ended up turning several times before finally arriving at an adorable, tucked away door, about 30 feet from where we had begun.

Upon entering the house, I felt like I was stepping into a magazine.  Kept in pristine condition and modeled after the Prairie Style design that Frank Lloyd Wright is known for, the house is truly a work of art.

Frank Lloyd Wright loved to create the sense that a room was bigger than it really was.  One of the ways in which he did this was to design open, fluid rooms that often only had partial walls separating them.  He also loved to place indoor window boxes in walls, allowing you to see into multiple rooms at once.  This was evident in the layout on the first floor, while also leaving room for a tiny but efficient kitchen.

The upstairs showcased two gorgeous bedrooms and a study, all with impeccable views of Sheridan Road.  There was also a beautiful back balcony that when originally built allowed for a clear vision of the lake.  As we walked out Chris continued to share with us tid bits about FLW’s life; his passion for the topic was so strong that his boss had to eventually come out to gesture that the tour was over.

I can’t recommend this tour enough.  Whether you love real estate, architecture, Chicago, or all three- it is definitely worth your time to make a trip to this special neighborhood.  At $12 a person, I felt that this 45-minute tour was brimming with information, while also being relaxed enough to allow us to explore the house on our own.

The Emil Bach House in particular is accessible via the CTA by exiting the Jarvis Red Line train stop, and walking 3 blocks east to 7415 N. Sheridan Road.  However, to explore Rogers Park, the area spans the Loyola, Morse and Jarvis red line stops, and is also accessible from the 151 Sheridan bus line.

HI Noah Seidenberg - What an incredible story! I felt I was walking with you.  We are able to get a unique persepctive of Rogers Park through your eyes.  Hopefully many potential customers will read this so they can pick you to help them with Rogers Park real estate.

Hi Noah -- I'd definitely take this tour.  I think I have taken the Wright tour in Oak Park twice -- maybe more --- while his homes have issues, they are like pieces of art in my opinion.

Noah I took this tour with my sister last summer when I was in town for a day or two. It was sooooo interesting!  I am a FLW buff and we look for his homes wherever we travel. Our home has a FLW inspired architect as it's so apparent with some it's details. Compress - Express entry, fireplace in middle of home, high ceilings like you mentioned - with a flair of Japanese from the back.   Wonderful post - I felt like I was on the tour with you today!!

Hi Noah - I've seen the Emil Bach house and loved the architecture, but never had a tour. My north shore list is really getting loaded up!

The park and the are sounds like they would be friendly and pleasant to residents.  Having a bonus of a FLW design in the middle of it just adds a touch of cream to the sundae

The Roger Park neighborhood in Chicago is an outstanding community to call home.

Oh, I love MCM and Frank Lloyd Wright and would love to take the tour!  I wish you had some interior shots too - one of my passions is MCM!  Glad you enjoyed your coffee, chicken salad and tour!  Enjoy the rest of your weekend...

Thanks so much friends.

I love the ending where you tell everyone how to access with public transportation.  That was my favorite part of living in Chicago.  No car needed.

Noah, yes I am with most of the above comments about enjoying a Frank Lloyd Wright home and on a side note I love good Ethiopian Coffee too:))Endre

Seems like I took the walk with you Noah. The hidden door...magical!

Here is photos of the Emil Bach house

Noah Seidenberg having toured several FLW houses, I loved your post with explicit details. Now the Emil Bach house is on my bucket list.

Have you toured Falling Water southeast of Pittsburgh?  Awesome!

Very nice post and a great bit of history to share, I am a big fan of Frank L.W. 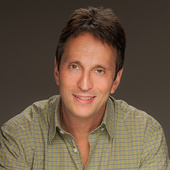