Keeping the home financing market liquid is vital to home-ownership but do we (the public) want to take all the risk again? The mortgage meltdown during the Great Recession made it clear that taxpayers were on the hook for the majority of the losses...and we were not happy about it.

Post-crash, the way forward was debated. Do we recapitalize the GSE's and move on with them as wards of the state? Keep FHA? Or, gradually wind them all down and allow the free market to fill the void? As the market slowly recovered, changes were made: stress tests, increased reserves, along with new rules, agencies, oversight, and lending standards.

So what happened to the debate on residential financing? Frankly, the topic had drifted off my screen until reading this article. It appears the GSE's have been selling Credit Risk-Transfer Securities (CRT's) for some time now. These bonds are backed by a mix of loans to spread the risk and here's the kicker: the buyers of the bonds agree (for a higher return) to assume responsibility for any losses!

As the article mentions, the words 'mortgage bonds' can be viewed with hostility because of our recent not-so-great experience. However, this fear is unwarranted.

First, the loans included in these new CRT's were underwritten with strengthened criteria. And the performance of these recent loans (including the low-down portion) has been better than those prior to the crash. Even in the depths of the crash, the below chart shows the GSE loans performed significantly better than average. Compared to the losses at commercial banks and private label securities, the GSE's did great. Second, the mortgage bonds were not the major factor in the crash, it was the speculation. There were then ~5 trillion in bonds but ~60 trillion in unregulated Credit Default Swaps (CDS). Because the CDS market was unregulated and opaque, financial entities had no idea what the risks were, so trading with counter-parties stopped, freezing the global financial system. That's why AIG (an insurance company, heavy with swaps) received an $182 billion bailout. If it had been just the mortgage backed securities, the crisis would have been much more manageable, similar to the S&L crisis in the 80's.

This seems to me the best of both worlds. The GSE's provide the liquidity and market rules, then package the loans into bonds for sale to investors, who assume the risk. Private capital can still enter the market, which we're now seeing with Alt-A, subprime, jumbo subprime, and interest only products available. While the CDS's are still a concern, I like where the GSE's are headed.

Thanks for reading and tell me what you think.

I feel we learned nothing.  The meltdown also was worsened by the encouragment of people to walk away from their homes if their equity was less than they owed.

I sure hope this time investors are willing to take responsibility for the risks.

These new bonds appear to do just that Michelle and that's good. 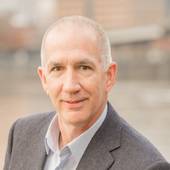