Thirty-year and 5/1 ARM loans rose, while 15-year fixed loans remained the same, according to a NerdWallet survey of mortgage rates published by national lenders Tuesday.

Homeowners, pat yourselves on the back, because you’re doing a great job. New data show that 94.7% of mortgages were current and performing at the end of second quarter 2016, compared with 93.8% a year earlier, according to the Office of the Comptroller of the Currency’s quarterly report on mortgages.

The OCC Mortgage Metrics Report also showed that foreclosures were down, which mirrors recent CoreLogic data. The OCC’s survey showed that reporting mortgage servicers initiated 48,732 foreclosures during Q2 this year, down 31.1% from 2015. 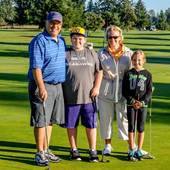