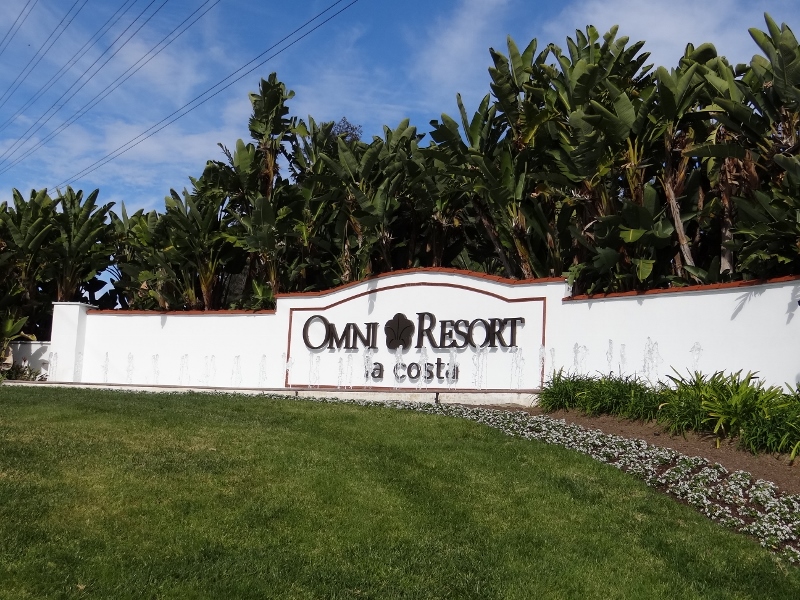 2016 La Costa Film Festival is Next Week in Carlsbad

Since its inception back in 2013 the La Costa Film Festival has grown in size, and acclaim, and is recognized as a premier regional, national and international event for filmmakers and emerging talent. With over 4,000 people attending last year, you can expect even bigger crowds with festival's growing popularity. The La Costa Film Festival kicks off the festivities with a Sip and Savor Gala on Thursday October 13 from 5:30 – 8 with a screening at 8:30 pm.

You can later enjoy a Gala Friday evening, and then the La Costa Stars Awards Gala on Saturday night.

A total of 45 films will be presented, including shorts, documentaries, foreign, and feature-length films representing 10 countries. There will also be a Sports Film Competition!

Film screenings will be held at 3 different venues – the Omni La Costa Resort and Spa (Center Court), Cinépolis Luxury Cinemas, and the Ruby G. Schulman Theater at the Dove Library Complex, the latter 2 just a half mile up the road. You can purchase a variety of different ticket packages online with access to all or just a few of the events and films.

It may not be the Cannes Film Festival yet, but it’s getting there. The La Costa Film Festival is not to be missed as a premier social and film event this fall in Carlsbad!

The Festival has gotten to be a big deal around here. And of course with LA and Hollywood not that far away it attracts a pretty good crowd from reports I have heard.

Love film festivals, Jeff. And this one sounds really tempting given the location. The best one I ever attended was Cannes... we'd drive over from Monte Carlo to see the films.

This looks like a great event and I have always liked Film Festivals!

Will you drive up and take a walk down the red carpet.  Make sure you know what you're wearing as well.

Hi Jeff, thanks for telling us about the La Costa Film Festival in Carlsbad. I am sure this will have a great turn out.

Nina Hollander  - that must have been a blast!! I would love to go to Cannes someday, even in off-festival time. I may have to settle for the La Costa Film Festival!

Clearly there are lots of others who like film festivals, too Robert Vegas Bob Swetz

It's getting bigger and better each year, and there is a ton of publicity about it, Noah Seidenberg . We have a close friend who is a Hollywood Producer who is involved in planning, etc.

It sounds like a great event and the launch of some very new talent.  My son like to make films and hopes to have one of his make it big one day.

Jeff I knew of the Beach but not the Movie Festival.... well that does not mean much, I am always slow when it comes to Movies:))Endre

Good morning Jeff.  We have a film festival here.  Apparently it is a big success and brings in people from all over.  It was last month, no rooms available. People book those a year in advance.

Hi Jeff -- La Costa is such a beautiful setting to enjoy the Southern California lifestyle so why not a festival to celebrate film which is so important to our state. These smaller regional festivals can showcase some real gems.

By the way, I believe Elizabeth Weintraub Sacramento Real Estate Agent, Top 1% of Lyon Agents may be referring to The Golden Door in the Escondido area which has the reputation she mentioned.

My golly you are right. I forgot all about this spa and just checked it out. At first blush, you might think $8800 is a lot for one week, but it includes all meals, programs, spa treatments, massages, plus they will pick you up at LAX even.

Debbie Reynolds  - who knows, perhaps he will be here some day I know they have a strong interest in finding new talent

James Dray  - there seem to be more and more film festivals these days and they ARE popular from what I keep hearing. Ours certainly is.

Michael Jacobs  - you're right. I had totally forgotten about that place but didn't do any research either. The La Costa Resort really is a beautiful place to enjoy this festival, among other things as well. It's been popular for many decades since being built in the 1960s

Hi Jeff - the La Costa Film Festival will continue to grow each year.  It is a nice venue too.

I saw a screening at the Atlanta Film Festival last spring and loved that I was getting to see it before anyone else. (well you know... I was in a theater full of people) but before the public.  I would love to attend.

Hi Jeff Dowler ,  There sure are a good amount of films to choose from. I hope you get to see some good ones.

Grant Schneider  - the Resort really is quite beautiful and well cared for. Definitely a great place for a festival like this. And it has had a reputation with the Hollywood set for decades.

I've been to a couple of screenings and it's lots of fun. I haven't been to this event and we won't be able to make it this year, but I enjoy hearing and reading about it.

It's sure to be a good line-up. We have some things going on, however, that will keep us away, unless something changes. I'll just have to get the scoop fro some friends who are going.