I think many of you, like me, consider ActiveRain to be like a second home, home away from home, cyber home, something along those lines. If you have been here for a while, you really get to know your "family and neighbors". You know what they like, what they don't like, you look forward to reading their posts and comments.

And just like family, you may have even found one or two you prefer to stay away from.

Now for the confession.....

I have been wandering. Nothing to do with real estate though. Last year I found some live cams (animals, get your mind out of the gutter please). I have been watching the cams again recently, lurking in the background and not commenting until recently. Of course this is all in between my "real job" of taking care of my real estate business. You know, I have a window open so that I can sneak a peek of these glorious creatures every so often.

And then I saw it... in the comments. People being nasty to someone under the guise of protecting the community guidelines. I ran as fast as my fat fingers could carry me! I realized it was not like here, not like hitting the delete button if someone were to be downright nasty in the comment section of one of my posts.

Yes I understand community guidelines are put out there for a reason. But attacking someone who made a totally innocent comment that another thought was off topic, then attacking them again when they apologized is even worse in my mind! And what in life is off topic? Life is all about, well, life! I can think of a million ways to relate real estate to just about anything, and vice versa.

It is everywhere, this propensity to attack others while hiding behind a computer screen. It's not just Facebook and politics. It truly is everywhere. Social media has made it far too easy for us to show our nasty side.

So what makes ActiveRain different? Aside from the obvious cast of characters fantastic members I'm not sure. I don't have rose colored glasses on, I have seen it happen here, I have seen it get really hairy as a matter of fact. But it is not often, and it seems that it stops as quick as it starts. It can create a bit of a flutter and flurry, but a few people will write posts about behaving, and we all move on.

There was no such outlet on this place. These are only comments. And if you were to post something about it, according to community guidelines, your comment could be considered off topic and removed. No chance to stand up for the person being attacked.

Perhaps it is because there is a true sense of community here. And because ActiveRain was wise enough to allow "off topic" posts. Yes, a post can be removed from a group because it has no relevance to the group and "violates" group guidelines. But it takes a whole lot of angst by the writer to have ActiveRain remove a post! (Unless of course you are a spammer.)

So there I was, watching the drama unfold and felt totally powerless to do anything. Then it hit me, I have always had the power! I clicked my heels together 3 times while saying... "There's no place like home!" And I ended up here!

Hi Andrea - fortunately I have not wandered on to those sites and I can't say that I have personally encountered anything like that on Active Rain.

Grant Schneider I thought I was safe where I was, I was shocked to see what I saw.

We are a good group here I would say, nothing like it anywhere else!

Hi Andrea - I have always been amazed and grateful for the open, supportive community that we have here. There are very few places like it on-line, and while we have our occasional kerfluffles, they neither last long or affect the overall atmosphere.

Dick Greenberg I know you are always looking online for interesting and fun stuff for us, I'm sure you are not surprised at what is out there.

What is here is very special.

Despite some drama now and then, disagreements, and some out and out bashing over the years, AR continues to be a wonderful community of friendship and comraderie. Given the number of people here it's reasonable, indeed expactable, that there will be differences of opinion, and passion about those opinions. Thankfully the bad behavior is really pretty limited when you consider the community.

Jeff Dowler if you look at it statistically, it is amazing really. I think Jon Washburn (is that his name? LOL), Brad, Bob, Kerrie, along with a special group of members, made sure this was a safe, supportive place to be!

And those that came after Jon, I should say,  helped continue the vision.

I like being here better than anywhere else too Andrea. It seems real estate agents are quite capable of out of control bickering on other sites and yet here on AR it really is rare. I've seen it occasionally on a political post, but otherwise it doesn't come up much. I'd say a lot of that has to do with the community spirit here and the fact that we do actually have someone to turn to if things go bad. We can thank Bob Stewart and the excellent AR Staff for their caring support. AR might well be a different place without them. (After all, I don't see anyone managing FB groups and the few times I've stopped by I've instantly regretted it. They are so out of control it's unreal).

Denise Hamlin I was at a site watching animal videos... a non profit site that allows commenting! Some poor young girl got slapped and slammed for going off topic with one comment. Her comment mirrored many others I have seen in the year I have been viewing the cams, but some laid into her like crazy. Made me never want to go back. And to be honest, I had just started commenting, took me a whole year!

In the beginning . . . there was lots of bickering.  Many posts were hijacked and (almost) everyone chimed in.  You never knew when you would log in and find a firestorm.

It's much more under control now - this is a civilized place to hang out.  No trolls allowed.

Margaret Goss I didn't come until 2009, but I remember even then hijacked posts. Most was in fun. Things are very tame around here now. LOL.

Andrea I've appreciated the professionalism and commaraderie on ActiveRain almost from day one all those years ago.  For the life of me I have no idea why people waste their time bashing others and being darn right rude and nasty.  It has gotten rampant in the  world but thankfully not on AR - that I am aware of.  I stay away from all that!

Anna Banana Kruchten the computer makes it easy for some to misbehave, for sure.

You are so on the money on this topic!!!

Propensity to attack others while hiding behind a computer screen. It's not just Facebook and politics. It truly is everywhere. Social media has made it far too easy for us to show our nasty side.

Sham Reddy it sure has made it way to easy. And I was so surprised at where I found it! Nothing to do with politics or religion at all. It is everywhere.

This is a much safer place to express opinions that other venues. I'm glad you found the delete button! And I love what Tammy Lankford, said. On Facebook, it's safer to just delete the entire thread than risk the wrath of nasty folks.

Pat Starnes I am in and out of Facebook so fast it would make your head spin!

Yes, agreed.  And, I also come here to destress/get my mind off things/pick me up.

Debbie Gartner me too, or to learn... that is a big thing. Often learning from you!

Andrea - you said it all!  What we have here is a community...one that supports each other, stands up for others, and may even disagree.  However it is all with a sense of community that we do this.

Kathy Streib I think AR helped me in life to learn that I don't need to add my opinion if it is contrary to someone. Or if I want to, I better do it in a nice way that is just stating my opinion, without saying the other person is wrong...

You know the old saying about opinions...

AR is a special place. Not only for the business potential and but general good feelings and friendships created

Ed Silva true indeed! Be better if some didn't hide though, wouldn't it? LOL.

There is a strong sense of community on ActiveRain.

Congratulations on being awarded a feature on an outstanding post.

I have quite a bit of wanderlust in love with everything and go to a lot of places, so I get it.

Laura Cerrano just be careful out there!!!!

Wherever you go there they are ...people everywhere. Its obviously about people

Richie Alan Naggar you are so right. It is all about people and how they behave and how we respond, or not, to it.

You know, Andrea, I have not for a long time run into anybody cruel or mean or nasty on Active Rain, or just about anywhere, for that matter. Part of that, I'd like to believe, is we tend to attract what we put out there. Plus we have the ability to remove snark from our own posts on that rare occasion.

I also don't always read the comments on other sites because anonymous content sometimes brings out the worst in people, worse than the idiotic letters to the editor in our daily papers, and it's a waste of brain cells to engage.

Elizabeth Weintraub Sacramento Real Estate Agent, Top 1% of Lyon Agents it is a total waste of brain cells to engage. I just hate to see someone getting bashed. Crusader Rabbit wanted to do something. But she didn't.

Thought you were going to tell us about couch serving, the homesless that real estate agents, brokers, REALTOR help ... (smile) Andrea Swiedler . Unhappy people are part of the list, twist and sell and don't let toxic folks spoil the fun!

Andrew Mooers if I was serving the homeless I would be silent about it! You are right though. I'm still peeking at the cams and avoiding their comments!

No argument from me Andrea Swiedler love those ruby slippers  !  Some people just have to learn to play nice in the sandbox

Hannah Williams Playing nice in the sandbox seems to be a lost art with so many.

Great post and there is always someone that tries to stir up the pots with members emotions and feelings by leaving rude comments.

Congrats on the feature from the AR Gods and your post has been featured to the group:

Robert Vegas Bob Swetz VB, thank you! Rude comments are just not acceptable in my book.

With the market picking up, who has time to be nasty? You are right though. People seem more irritated, than they used to be.

This was not on ActiveRain, so I guess they didn't have much to do other than be nasty. 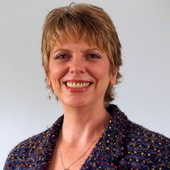