No inventory, low sales, Sellers don't want to be buyers in this market until they have more too look at--a self-fullfilling prohecy to keep inventory very low. The above graph was provided by Dr. Chris Thornberg of Beacon Economics during his annual “State of the Economy” for the Sonoma County Economic Development Board. If you’ve never heard of Dr. Thornberg—I first saw him in 2006 when he was forecasting the CRASH. He felt we would drop 20-40%. I scoffed at such nonsense thinking maybe a 10% drop. We actually plummeted 60%!

Dr. Thornberg wasn’t as concerned as I am about the current state of a “shifting” marketplace as we are seeing in Sonoma County. His concern was in the actually building of housing. If we fail to provide housing for our current and soon to be employees, the price of a median home will leave thousands behind, the low inventory will continue to drive prices skyward and displace current workers, add to a commuter mess and discourage employers to come to our state and counties. Currently in Sonoma County, “The Wine Country”, our affordability is hovering at 26% or 1 in 4 can afford to buy the median priced home.

As you can see the great state of California had a huge plunge of new building permits. Multi-family looks like it is recovering, which for our area of super high rents, should blunt the sword of super high rents. However, single family dwellings are meek at best. Note the cities of California to the right and the increase in new permits—pretty pathetic. What is inhibiting the building of homes? Financing, cost of land is too high, cost of building leave little incentive to build affordable units—why build cheap when I can build expensive and have bigger profits?

What can be done? The California Environmental Quality Act (CEQA) is California’s broadest environmental law. As a big outdoors person I believe in protecting our environment. However, CEQA is also the biggest road block to many affordable housing and market rate housing. It is a massive, unyielding monster which throws any subdivision into limbo land for years. He suggested politicians get together and reduce the big drag on the development process which is CEQA. I for one feel we need to start going UP instead of out. City Centered growth cuts down on sprawl of which I’m totally in favor.

It’s also the permit “process” and fees. Plus the “culture” of entrenched employees with little experience at consumer service. The fees are staggering per unit and usually are required to be paid up front. Then the time of the process drags on and on. It’s hard to project your costs and profit when you are two years from breaking ground on a project because of the lack of motivation of those processing the project. Changing this “Culture” is the goal of many City Managers. Sometimes it only happens with the retiring or firing of those city or county employees who are indifferent to the very people making the job possible or necessary.

Here in Sonoma County instead of going up or just allowing more infill projects, we have the largest city passing “Rent Control”. Countywide we are cracking down on VRBO’s and AirBNB and temporary housing in general. This is the low-hanging fruit for City Councils and County Supervisors. We need to start asking the BIG questions with conversations with all stake-holders. If we don’t and start implementing change rent control will NOT save our workers from being displaced.

William, wish I could say the same for our area. California is one of the, if not THE, toughest state to build.

Building permits are up in our market too. Finding good quality labor is a major problem.

Evelyn, Yes, labor, skilled labor, is very tough to come by. We have companies here screaming for trades people of all types, carpenters, HVAC, installers, IT folks. List goes on and on. 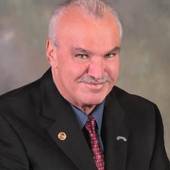