His spine was hurting really bad for a couple of weeks and the Doctor could not help the pain with anything.  It was hurting so bad that when he moved he yelled.  Thursday, the 22nd of September, I took him to the Spine Doctor after he had been to the pain doctor and been put on Morphine 4 days before.  The Spine Doctor said that nothing had changed in his back since last time we were there so we were really discouraged.    Once we got home that afternoon, something made me check his oxygen level and it was staying in the low 80s.  My sister and I took him to the ER and they admitted him, ended up that he had a bacterial blood infection so they kept him in the hospital giving him Antibiotics.  The whole while his back was killing him.  Once the infection was cleared up I asked them to see if they could help him with his back.  He had a cat scan and they told us that 1 vertebrae was fractured and two more had cancer in them. This means that his cancer had moved to his spine, they also found that it went to his hip.  They did a proceedure called Kyphoplasty, and they also shot some radiation ish type stuff into the cancer along with doing a nerve block.  The morning he had his proceedure done, I could tell he was different, really mumbling and not acting himself.  I told the doctor's and they said they felt OK to do the proceedure and would discuss the change afterwards.  It ends up that his ONE kidney was failing.  They said that something injured it the night before, whether it was drugs, high temp. or something like that.. they were not sure what happend but said he would need to be on dialysis.  We asked him if he wanted to do that and he said no.  So, after that... he ended up just going down hill and passed away the next day.

Our hearts are heavy, he is with his honey now though.  That is all he wanted, to be with her again. Harry Anthony Buerger, 75, passed away peacefully, surrounded by his loving family on Saturday, October 8, 2016. He was born on December 29, 1940, in Austin, Texas, to Hugo Monroe Buerger and Nora Lena Lienemann Buerger. Harry was a lifelong Austinite and one of the good guys, for sure. He graduated from Austin High School in 1960, and throughout the years he worked at Coca Cola, Burnup, Simms, and for finally the City of Austin as an Arborist where he retired. He married the love of his life, Pat Buerger on November 16, 1974. Together they took their blended Family and seamlessly created one. This family is what Harry was most proud of; he was the Family Patriarch and was not only a father to his children but to all of his children's friends as well. His love for his family, his devotion to Pat, his wisdom, guidance, and Faith in God were very strong and will live on through us all. Harry was a humble, giving and good man and he definitely lived a good and honorable life. Harry's passion was sports and he LOVED his Longhorns. He spent most of his life umpiring for ASA Softball, won many awards and umpired for the Nationals several times. He was recognized in the Hall of Fame in Dallas, where a plaque hangs in his honor. Aside from sports and umpiring, Harry loved to dance; he loved Southern Gospel music, knew the bible inside and out, and adored his family. Harry is preceded in death by his loving wife, Pat Buerger and his son, Ronnie Hagan. He will be sadly missed by his children, Tana Hunt and husband Mark, Tori Buerger Thomas and husband Brian, and Kim Munson; grandchildren; Kristin Wottrich and husband, Kirby, Samantha Daniels and husband Bill, Britney Holland and his "Little Hoot" Megan Thomas; great grandchildren, Holden, Teagan, Trace, Hunter, Hayes, Nash and Heidi; brothers, Richard Buerger and wife, JoAnn, Stanley Buerger and Wife, Ann; and sisters, Linda Keating and husband Billy, and Sandra Helcl. The family will receive visitors from 6:00 P.M. to 8:00 P.M., on Wednesday, October 12, 2016, at Cook-Walden/Forest Oaks Funeral Home. The Funeral Service will be at 1:00 P.M., on Thursday, October 13, 2016, at Cook-Walden/Forest Oaks Funeral Home. Interment to immediately follow at Cook-Walden/Forest Oaks Memorial Park.

I'm sorry for your loss, but happy their hearts are joined again. 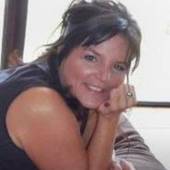