Today we are featuring the top 3 downtown Phoenix Neighborhoods in 2016 that have seen the biggest increase in value from the prior year. The national average is a 4%-6% increase

The Downtown Phoenix Homes in the 35 historic districts seemed to have boosted considerably from the prior year. We've seen an increase anywhere from 20% to 30% in value in the past year. SEARCH HOMES FOR SALE IN THE HISTORIC DISTRICTS

The Montgomery neighborhood in Downtown Phoenix is south of the historic districts, it's south of Jefferson & Chase Field. This Neighborhood has no doubt felt the positive effects of the downtown boom. Homes here are still affordable, from $75,000 to $130,000. Most of the homes are still dated and some are very dilapidated. There are a few that have been fixed up. This may be the next neighborhood that speculators makeover.  Even without much improvements the increase in value has been noted on some of the resales  from 25% to 45% in the past year. MONTGOMERY HOMES FOR SALE

The Orpheum Lofts in Downtown Phoenix were first constructed in the 1930. It is an 11 story high rise building that was originally constructed for Phoenix Title & Trust and was designed in Art Deco by a local Phoenix architect. The building was gutted in 2002 to make room for 90 lofts designed by a Colorado architect. The first residents moved in 2005. Increase has value has been noted from 20% to 25% in the past year. ORPHEUM LOFTS FOR SALE   filed under: downtown phoenix 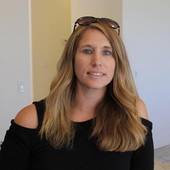