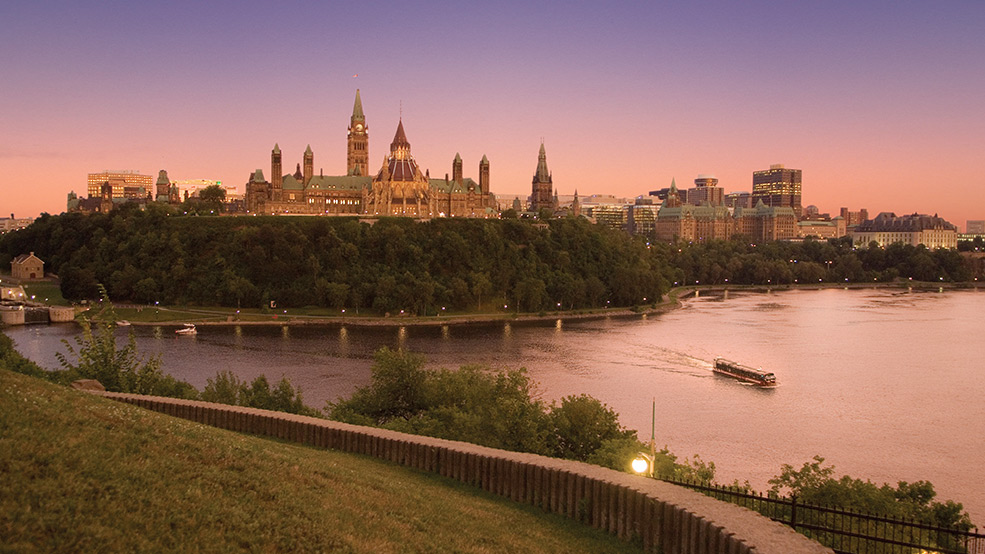 As a realtor with more than 30 years of experience in the Ottawa area, I’ve seen a lot of changes in our city, including the dramatic transformations of neighbourhoods that at one time were not at the top of homebuyers’ lists of choice destinations.

I can remember that early in my career, for example, I often had a difficult time persuading clients to have a look at homes in a quiet and tree-lined neighbourhood known as Westboro.

In the 1980s and early 1990s, if you were going to see a movie at the now defunct Elmdale Theatre on Wellington Street near Parkdale and you wanted to have dinner before or after the movie, you would have had a difficult time finding a decent restaurant in the neighbourhood.

At that time, for many buyers, Westboro would not have ranked with areas like the Glebe or Sandy Hill, even though Westboro streets were lined with lovely, older brick homes with huge potential, and the area had the added bonus of the Parkdale Market, the nearby Ottawa River and its walkways and cycling paths.

Homebuyers who saw the potential of the area at the time or were attracted by what were then modest prices compared with other parts of the city have seen their homes soar in value as that neighbourhood transformed over the past 20 years into one of the most in-demand areas of the city. What was once a somewhat run-down commercial strip along Wellington Street is now a vibrant area lined with stylish shops and some of the best restaurants in our city.

Today, many young couples find that buying a house in Westboro, the Glebe or New Edinburgh is out of their budget. But there are areas of the city that have the potential to see transformations, areas where home prices are more affordable and also offer many attractions.

No one has a crystal ball and can say with certainty that a specific area will be Ottawa’s next Westboro, but for those who are looking for a modestly priced home that’s centrally located, there are several neighbourhoods worth considering, for many reasons. I love to introduce clients to these areas and show them what their home-buying dollar can get there, compared with some of the pricier neighbourhoods.

While many homes in the Westboro area are now more than $600,000 and it is not unusual to see homes priced at more than $1 million there, it’s still possible to find houses in the following regions priced much closer to or even lower than the average price of a home in Ottawa, which in September was $383, 793. I’d be happy to show you homes in any of these areas:

Riverview Park: Located on the eastern banks of the Rideau River, Riverview Park is an established tree-lined neighbourhood of quiet streets and charming homes, many of them built in the 1950s. It’s a short distance from downtown and well-served by transit. The area has several schools and parks and is close to the Children’s Hospital of Eastern Ontario and the Ottawa General Hospital. It is also close to the Train Yards retail area, with many shops, restaurants and a fitness club.

Braemar Park: A short drive south of Carlingwood Shopping Centre, this neighbourhood, like Riverview, was built mostly in the period ranging from the 1950s to the 1970s, and is west of Westboro. It’s bordered by the Queensway, the Central Experimental Pathway, J.H. Putman School and Maitland Avenue. It also has its own plaza, including the popular Ottawa-based Bridgehead coffee shop chain.

Queensway Terrace North: A mature neighbourhood in the west end, Queensway Terrace North is bordered by Carling Avenue, the Queensway, Pinecrest Road and the OC Transpo Transitway. Nearby shopping centres include Lincoln Fields, Carlingwood, Bayshore and Ottawa’s large Ikea store. The solid homes here were built mostly in the 1950s and 60s. The area also offers parks, tennis courts, a baseball diamond, a Goodlife Fitness club and easy access via the Queensway to both downtown Ottawa and the high tech offices of Kanata.

Britannia Village: Literally steps from the Ottawa River, this leafy, quiet enclave feels a world away from the bustle of downtown, yet offers easy access along the Parkway for a quick trip to the centre of Ottawa. You’ll find a mix of housing styles, from modest and cozy to large and luxurious, with nearby shopping and nature trails. This area has a peaceful, village-like feel to it, and also boasts the presence of the Britannia Yacht Club, with sailing, tennis and dining.

Carlington: With very affordable prices, this quiet area close to Westgate Shopping Centre has been popular with young families in recent years. It offers easy access to the Experimental farm for walks and cycling. The modest houses here, many of them two-bedroom, were built mostly in the years following the Second World War to provide housing to veterans who were returning to Canada. As a bonus, Wellington Village and Westboro are within walking or cycling distance, allowing you to enjoy the amenities of those neighbourhoods without living there.

Vanier: If you want to be close to downtown and find the houses of New Edinburgh and Westboro out of your price range, Vanier is another option. It’s located just east of the downtown area, across the bridge over the Rideau River that connects Rideau Street to Montreal Road in Vanier.

The houses in Vanier are smaller and more modest than you will find in New Edinburgh or Westboro, but they are also more affordable, while allowing you to still be a short drive north to New Edinburgh and the shops and restaurants of Beechwood Avenue. Like Carlington, it has been popular in recent years with young families looking for affordable homes close to downtown.

The area has shown signs of gentrification in recent years. Several condo and townhouse projects have recently been built in the area, as developers recognize the appeal of Vanier’s proximity to the city centre.

The area is also home to an increasing number of artists’ studios and catering businesses, and allows easy access to the Queensway via the Vanier Parkway. Amenities include a large Loblaws store off of the Vanier Parkway and the city-run St. Laurent Complex on Cote Street, offering a swimming pool, ice rink, library and gym.

If you’re interested in buying property in the Ottawa area, I’d love to tell you more about these areas and others in our region to help you find something within your price range. You can get in touch through my website, nancybenson.com, where you can also have a look at my current listings and read about the services we offer at Nancy Benson and Associates. You can also reach me directly at 613-747-4747.

Thank you for another helpful market report on your local neighborhood.

Thank you for taking the time to share this information. This is perfect for buyers and sellers alike.