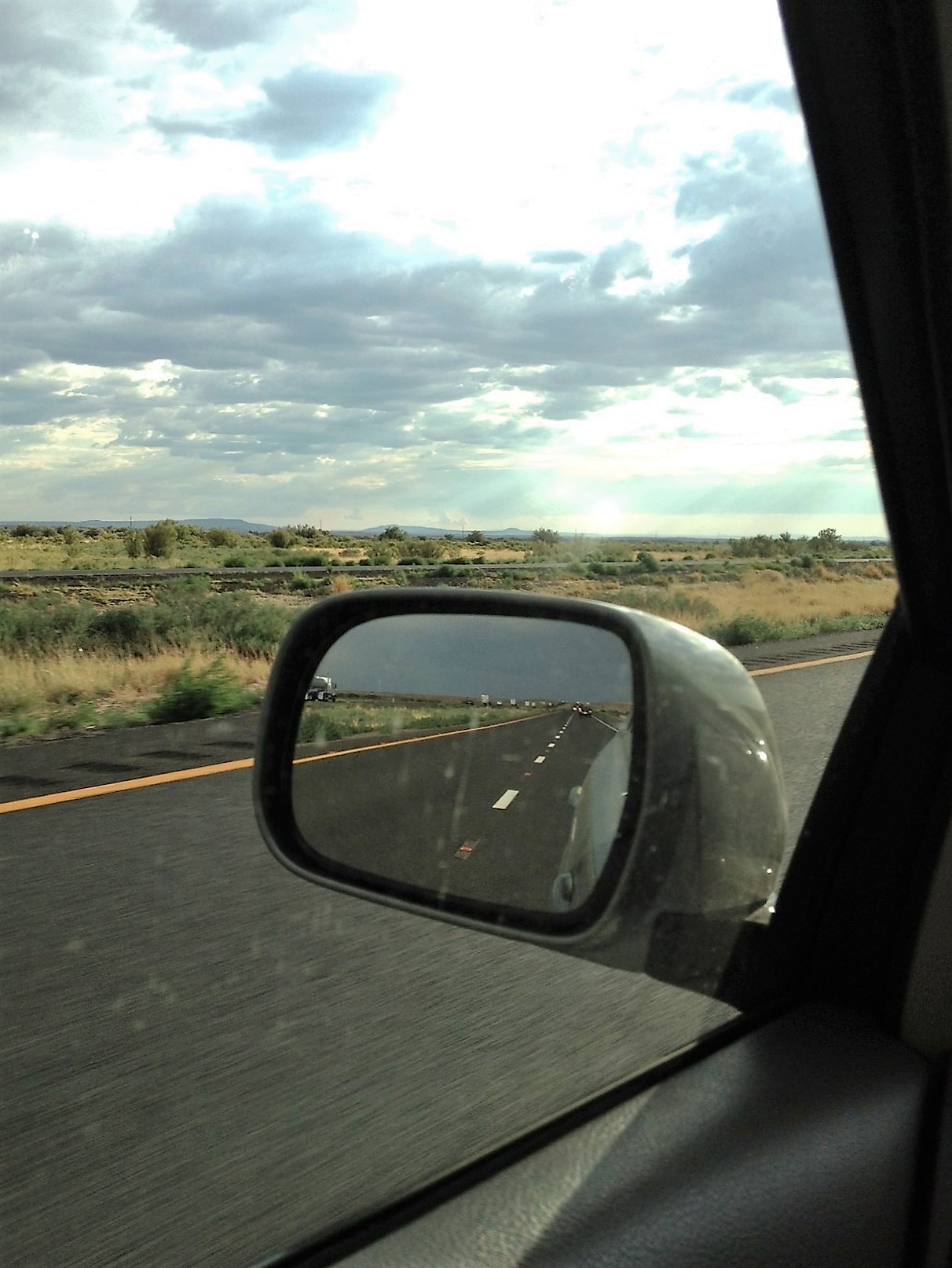 The phone rang just now and I almost didn't want to answer.  This person was one of the last people I expected to call me.  When we last spoke, I felt dumped and depressed.  That day and the previous 3 months were like walking on eggshells.  I tried over and over to make everything run smoothly, but at the end of the day I wasn't surprised at the outcome.

Fast forward to over 2 years later and that same person is calling me.  In the cobwebs of my brain I wondered why my phone was ringing.  Could it be they were ready to make amends?  Or could it be something else?

The funny part of this is that I was just looking at their name not an hour before the phone rang.  Karma works in mysterious ways!

Answering the phone I acted like I didn't know the caller by not greeting them by name.  The nice voice on the other end of the line introduced themselves and for some reason the phone clicked dead.  Weird!

So I looked at my phone and called them back.  After about ten seconds I realized why they called.  The Mrs. had blown a gasket with me over two years ago for no apparent reason. For the life of me I couldn't manage the situation becuase I felt blind to the reason for the emotion.

In either case, the caller proceeded to apologize, asking for forgiveness.  What could I do but agree that forgiveness was in order and that this caller truly meant well.  She realized she had been selfish and had treated me in the wrong manner.

Forgiveness is something that doesn't always come easy, but is the best outcome.  If we can resolve anger, forgive the other person and move on, then we've both won!

You never know, but I'm a firm believer in What Goes Around Comes Around!

That must have been an emotional call, especially after all this time. Forgiveness may not always be easy, but it's probably the best thing, and then everyone can move on.

I think she was more emotional than I was but I'm glad it ended well.  I didn't like the thought of how things were left.  Now if I see her, we can both be cordial.  Spot on Jeff Dowler !

If that was the only reason for the call that person has been carrying a heavy load for the past 2 years.

You are so right Ed Silva .  I felt the weight of it in her voice and she was very happy that I immediately accepted and forgave her.  That is one for the record books!  Thanks for taking the time to respond while you are scheduling that MeetUp!

Jan, a while back, I had a similar situation.  And I'm sure if I got an apology, I would accept it in a heartbeat.  It was toxic, and I felt relieved to be out of the picture, but I do still think about it.

Thanks for sharing your story. It is best for us to forgive and move on.

Hi Jan - I think I'd be inclined toward foregiveness as well, since apologies like that are so very rare, plus it doesn't create good karma to carry negative stuff around.

Toxic situations are bad for everybody.  It is good to move on Patricia Kennedy !

Agreed Debbie Reynolds . No sense thinking about it any further!

Very good point Dick Greenberg .  Rare indeed.  I waited over 2 years for this one and feel blessed I got it.  Funny thing is not only did I see her home listed online again by someone else, I also ran into this woman's sister this past Thursday!  She was bound to call.

I agree with you, Jan!  Toxic situations are bad for everybody, and it's best to simply move on!  When I was younger I use to plot revenge, but no longer do. Revenge takes so much time, and simply isn't productive.

Agreed Myrl Jeffcoat ! I think we tire of drama much quicker as we get older, too.  No need for it and best to resolve things and move on!