Webster Fire Department went from part-time to (full-time) career staff this past September. The fire department has shifted from 21 part-time employees to 12 full-time employees. After a series of interviews and evaluations, Webster internally appointed 10 firefighters to full-time positions and hired two additional employees from outside of the City.

According to Webster Fire Chief Patrick Shipp, the drawback of having a large part-time staff was a lack of reliability when a disaster struck. Other fire departments in the area employed some of the same part-time staff as Webster, so in a crisis, the agencies were competing for the firefighters.

The new, full-time employees will be required to become paramedics within three years, which will also improve the service in Webster. The change to 12 full-time firefighters is expected to save the City money, as there will be fewer employees covered by insurance.

Webster Fire Department operates four Engines, one Ladder, and one Heavy Rescue from two Fire Stations. The Department also operates special units such as a Wild Land Firefighting Booster Truck, a High Water Rescue 6x6, and a Shallow Water Rescue Boat and a Deep Water Rescue Boat. Operations is staffed by 35 uniformed personnel who are divided into two shifts.

Each shift of firefighters is responsible for providing emergency and non-emergency response to our community's needs. The Webster Fire Department has joined in with neighboring fire departments in providing mutual and auto-aid to areas surrounding our city.

The only other Bay Area city that has (all) full-time employees at their fire department is Texas City. The TCFD transformed to full-time staff in 1955.

Information for this blog came from the City of Webster Fire Dept. website and the September issue of The Webster Way, a monthly newsletter. 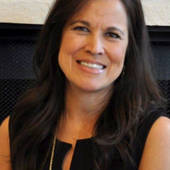