FORT LAUDERDALE, Fla. – Oct. 26, 2016 – Fort Lauderdale is the hottest single-family market in the U.S., according to a ranking compiled by Ten-X, an online real estate ad site – and the state is home to four of the top five "hottest real estate metro areas in the nation.

Though Florida markets dominated the rankings for a second season, there was some movement within the top five: Fort Lauderdale overtook Palm Beach County as the hottest market, dropping Palm Beach down a notch and Tampa remains in third place. Orlando fell from second place to fourth place, while Las Vegas climbed to fifth, edging Seattle out of the top five for the first time in more than a year.

"Florida's housing market continues to set the pace for the nation, with five of the top ten metros on our report," says Ten-X Executive Vice President Rick Sharga. "While all of the top five markets took substantial hits during the housing crash, especially Las Vegas, the continued road to recovery for these destination cities is looking even brighter."

In spite of being hit hard during the housing crisis, Florida metros have seen their market fundamentals surge thanks to solid economic and demographic expansion that stimulated robust price gains and increasing home sales. Las Vegas tells a similar story, recovering from the housing bust to become one of the hottest markets in the country. Though Seattle is still a leader in terms of home prices, sales and job growth, its housing affordability has dipped, dropping the market to seventh place.

"This quarter's report is a strong reminder of how uneven the housing recovery has been, with strong performance by cities in the South, Southeast, West and Pacific Northwest, and much weaker trends in the Northeast and Midwest," sys Sharga.

Top Florida markets at a glance

Fort Lauderdale's comeback from the housing bust has been considerable. Seasonally adjusted home prices reached nearly $240,000 this past quarter, up nearly 12 percent from a year ago. Home prices are now at their highest level since 2007 yet remain 17.6 percent below their prior peak, leaving plenty of room for growth. The city's economic expansion has continued to ramp up in 2016, as payrolls hit an all-time high up 4.4 percent year-over-year, notably faster than the three percent pace seen a year ago. Fueled by rapid growth in key sectors – professional/business services, leisure/hospitality and financial services – overall job growth has accelerated to the six percent range. Metro population growth has outpaced the U.S. average for six consecutive years, most recently measuring 1.4 percent in 2015.

After fallout from the housing crisis, Palm Beach County continues to make strides in its recovery efforts. Existing home prices are a robust 10.5 percent higher than a year ago, and sales are making upward progress toward prior peaks, up 4.1 percent year-over-year. Home buying remains affordable in light of significant price gains in recent years, especially in comparison to local apartment rentals. Employment is up 2.3 percent bolstered by its two largest sectors, professional/business services and education/healthcare. The metro's population grew 1.7 percent in 2015, more than double the US average. With permit activity yet to signal a threat for overbuilding, Palm Beach is poised to enjoy more growth ahead.

Tampa's economic expansion is moving forward unabated. Payrolls are at an all-time high, up 3.1 percent year-over year following 32 consecutive monthly gains. Professional/business services, the metro's largest sector, is now six percent higher than a year ago, while the outsized leisure/hospitality industry is up 5.5 percent. In tandem, seasonally adjusted home prices have surpassed $175,000 after 10 consecutive quarterly gains, up 11.2 percent from a year ago. Population growth has accelerated for three straight years, measuring two percent in 2015 and far outpacing the U.S. average. Boosted by an economy that can make room for growing numbers of new workers and home prices still 14 percent below their prior peak, Tampa's housing market should continue to thrive.

Orlando is seeing outstanding growth in its housing market, with sales posting 4.7 percent year-over-year increases after solid gains the past two quarters, moving within range of their pre-bust peak. Seasonally adjusted prices eclipsed $195,000 this past quarter but remain 20.5 percent below their 2007 peak, suggesting plenty of room for growth. Single-family homes remain safely more affordable than apartment rentals, which should keep demand high and allow for additional price gains. Meanwhile, payrolls hit an all-time high with year-over-year growth measuring 4.5 percent amid 43 consecutive monthly gains. Population growth has been fantastic at 2.6 percent, more than triple the US rate and among the strongest in the nation

"The U.S. economy continues to expand in the face of multiple headwinds, including uncertainty in global markets and the upcoming US election," says Ten-X Chief Economist Peter Muoio. "While inventory and affordability continue to put a damper on sales growth, solid underlying demand should keep sales at a high level and continue driving the housing market. A firm labor market, wage growth, low unemployment and low mortgage rates remain supportive for homebuyers." 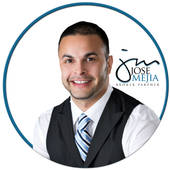