In 1907, Oklahoma became the 46th state of the United States of America. It was known as the Sooner state, and is 28th highest in size and population. You can see small mountain ranges, mesas, forests, and prairies. Its primary industries are oil agriculture products, natural gas, biotechnology, energy, telecommunication, and aviation. These huge industries are bound to play a certain role in the Oklahoma City Metro Real Estate, and we can see the market going up and down due to industries.

The largest corporation in Oklahoma is the Tinker Air Force Base, owned by Unites States government. Both Ki Bois Head Start, and INTEGRIS Baptist Medical Center has 10,000 employees. The state employment rate has increased, and the job market has improved; which directly affects the Real Estate Market.

If you look at last year's real estate market, it can be easily assessed that it is on the up side. As population is increasing, the housing demand will increase with it. Between 2000 and 2010, Oklahoma saw an 8.7 percent population increase. The population is predicted to exceed to 4 million, by 2020.

Edmond, Oklahoma's population in 2010 was 81,405 which made it the 6th largest city-state. With current population at 87,004 its real estate needs are growing. Edmond, is located north, and is connected with two major highways; that take you to and from Edmond to downtown Oklahoma.

In 2007, Edmond was listed at top 100 places to live in by relocate America. And in 2011, Edmond was number 1 on CNBC’s perfect suburbs list. In addition to that the State industrial Development, and state Chamber of Commerce named Edmond was selected as the most outstanding community for 5 years in a row. These achievements are the reason we saw a population growth in Edmond. As the population grew, the Edmond real estate market grew with it. The number of homes for sale in Edmond varies by area, but we have seen a spike in buyers. As families want to live in a peaceful area they can grow in while expanding their choice of business.

Edmond Real Estate market depends on various factors, and it is still growing strong. The average home value is from $114,100, which is 9.1% higher than last year rates; are predicted to increase. The listing of Edmond homes for sales depends on areas, and sometimes buyers have to wait for a long time to get a home in their choice of neighborhood. In 2016, the foreclosure rate in Edmond was 1 per 10,000 properties. Which is almost half of the national average.

Currently the only threat to Edmond Real Estate market, and the Oklahoma real estate market is the oil prices, if we see a further decrease in the oil prices the home value will decrease. Creating a perfect opportunity for new home buyers. As many buyers looking to buy properties in the high-end areas, are searching for such opportunities. To keep an eye on home for sale in Edmond visit http://www.zachsellsokc.com/guide/arbor-creek-edmond/ to see new listings and list prices. 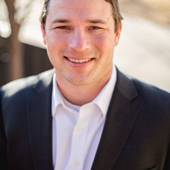