It's Election Day, I hope you went out and exercised your privilege to vote!

Typically, around an election as important as this people always bring it up to me in conversation, Sergio - what's gonna happen to home loans and rates?

Well, while I don't have a crystal ball, I do have a good handle on the industry and I'd like to share a portion of an article I read recently while doing my homework as I am obviously just as interested in that topic (if not, even more so) than those who approach me about it. Check this out:

“The Fed and many economists have been predicting about a half percent increase in long-term mortgage rates each year going back to the Great Recession, and each year rates essentially have stayed within the same range -- moving lower due to the stagnant economy and continued uncertainty on alternative investment opportunities abroad,” says Winks.

Do I Act Now Or Wait?

Considering that most pros think mortgage rates will slightly increase or remain about the same without going lower over the next year, loan candidates who are serious about purchasing a new home as well as existing homeowners eager to refinance need to ask themselves a serious question:

Should I lock in now at a current low rate or take my chances down the road later in 2017?

Even a small price increase of five percent, coupled with an interest rate that is one eighth to one half percent higher than they are today, can cost a home buyer thousands of dollars.”

I agree that locking in sooner versus later makes sense, but only “if the pricing available allows you to own the home within your budget. And if you can refinance today and lower your rate, with your lender paying the closing costs, that would be a good idea.

Feel free to reach out to me for any reason and allow me to help guide your path to homeownership this year! 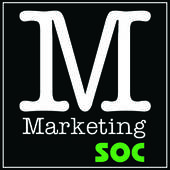 Lending / Financial almost 6 years ago
bookmark_border
5 Things That Could Be Holding You Back From Finan ...
View more Recent Posts   arrow_forwards