Now that we understand the "parts" of an ARM, we can understand how it works.

ARMs are generally named for their initial fixed rate period. A "5-year ARM", for example, means that the mortgage interest rate will not change for the first five years.

After the initial fixed period, an ARM adjusts to its new interest rate according to the following formula:

So, if the index is LIBOR (which is 4.82% right now) and the margin is 2.250%, the new rate on the adjusting ARM will be 7.07%. The loan will also adjust according to the same formula on every 1-year anniversay thereafter.

Of course, there are variation of ARMs that differ from the one described above, but this definition fits most of them. 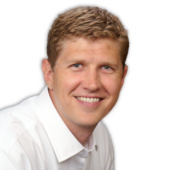 over 12 years ago
bookmark_borderbookmark
The Ceiling Fan Tip That Will Reduce Your Energy B...
View more Recent Posts   arrow_forwards