A Trump Bump – As In Interest Rates

Long term rates have risen and are predicted to rise a little further through next year. When long term treasury rates rise, so do mortgage rates. Speculation about a boost in economic growth, higher inflation rates and international trade wars are fueling this rise. What does this mean for you? Nothing if you have locked in a rate below 4% for your home loan. If you are looking for a home or did not lock in a rate for your refinance, expect your interest rate to be higher than quotes you had a week ago. Is this speculation premature? Perhaps, economists caution their forecasts are tentative. The marketplace does not like uncertainty so expect a bumpy ride until a clearer picture of a Trump administration and its policies are evident. As for forecasts by economists, if you want four opinions about the economy, ask three economists.

Good morning Dana.  One thing for sure time will tell and time is closer than we think 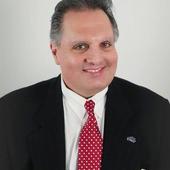