Wow Mark, there are some beautiful homes in your area at wonderful prices compared to Southern CA prices. Thanks for the update. 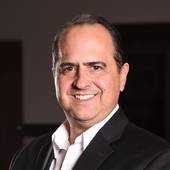