We are through Thanksgiving of a very eventful year.  There have been plenty of changes but Montana continues to be a beautiful place to live and work.  That seems to be a pretty static situation.  I personally think Montana will continue to have a great draw for those who are looking for a safe, clean environment that offers spectacular beauty in an otherwise uncertain world.

Montana's population just recently surpassed 1 million people; smaller than the top 10 most populated cities in this country yet it has the fourth largest area.  If you really want to generally get away from people, Montana is not a bad choice.

Montana also is high and dry.  Dry in the sense that we won't be affected by rising sea level which is taking place.  In fact, National Geographic estimates that over 13 million people will be displaced by higher sea levels and that is a lot of folks.  We do, however, have water.  In fact, the Bitterroot Valley has approximately 62 billion gallons of water in the first two aquifers.  With a population of under 50,000 in a valley 90 miles long and 15 miles wide.

We don't have hurricanes, few tornados, the last big earthquake was in 1959 despite being one of the most active seismic states in the Union and the climate in the Bitterroot is very mild.

THE BITTERROOT VALLEY OF MONTANA  and specifically, Stevensville, has many things to offer those looking for a less hectic world.  We are happy to share more of it with you and chances are pretty good there won't be a huge crowd to contend with.

check out a few of my other blogs:

CRITTERS IN THE BITTERROOT

I drove through the great state and Loved what i saw of it.

May this Holiday season be the most productive surpassing last years totals.

Craig Siphers Though we have never visited Montana, it is on my bucket list and someday I will be seeing it. Good to know we have a contact now to drop in on!

You don't need a bucket list to see this place. Get Norm out here.

My husband and I visited Montana for the first time ever and we fell in love. We've been back since, and may be returning this year. Beautiful place.

I've lived here all my life and tonight going to dinner, I was stunned once again by the beauty of this area.  My partner in life and business is from Connecticut and she moved to this place in 1999 and was blown away.  Come visit any time. 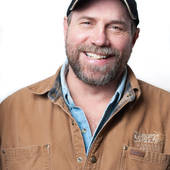