What’s Going on in NW Arkansas….

NW Arkansas is known for its affordability, quality of life, and steady job market, so it’s no wonder that Fayetteville, one of NW Arkansas’ own, was just named the #3 best place to live in the United States according to U.S. News and World Report 2016 Best Places to Live.  Maybe you’re asking yourself…What’s all the Hub Bub about?  (That’s something we say in these parts) Well, between the night life, museums, theaters, Festivals and outdoor recreation, you will never find yourself without something to do in NW Arkansas.

Explore the links below for more information on what’s going on in NW Arkansas:

Local Farmer’s Market: Hosted in each town on Saturday mornings

Find out what your home is worth: Home Value

That is a great honor! Those looking to relocate to your area will find your blog very resourceful.

Sumer, this is a GREAT post calling attention to the great quality of life the residents of NW Arkansas enjoy.  I do know your dollar would go a long way compared to most places in the US.  Sounds like a great place to re-locate or retire! 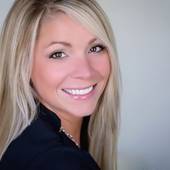