It seems kind of silly to have to ask the question, "is that a bedroom?" when you see what obviously looks like one. Our friend, you might just be surprised that what you see might NOT be a bedroom according to legal description. Perhaps you've used a room in your house, deemed "the extra bedroom" as an office, or playroom for the kids, but it eventually morphs back to being a bedroom. But is it a 'legal' bedroom? Could you really list it as a bedroom if you're selling your home?

As a quick reference point, below are some of the items that may be required by your state to meet the requirement of a 'legal' bedroom:
Oh, and contrary to popular belief, a bedroom doesn't have to have a closet.

If the room you're calling a bedroom doesn't meet these requirements, then it's better purposed as that home office or playroom.
Want to know what the state of Tennessee requires in the way of a legal bedroom? Give us a call and let us sit down and share some of our expertise with you. We're in the office at (423) 433-6517, and are in The Shields Team office inside Keller Williams Realty, 1033 Hamilton Place in Johnson City. Let us give you peace of mind!
Like favorite_border
favorite_border 0
Re-Blog
repeat 0
bookmark_border 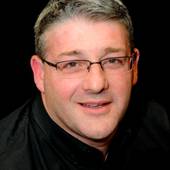