The Federal Reserve cut its target for the federal funds rate by a quarter-point, from 2.25 percent to 2 percent. The prime rate will fall by a quarter-point, from 5.25 percent to 5 percent. The move spells good news to people who borrow money on loans, such as home equity lines of credit, that are linked to the prime rate. It's not such good news for savers who want to put their money in short-term certificates of deposit.  Typically, rate cuts make inflation worse. That makes the case for holding short-term rates steady. But this isn't a typical situation. Prices aren't rising because the economy is booming; instead, they are rising despite an economic downturn.  How do you turn that around? You could raise interest rates, which would eventually make prices of imports more competitive, but higher rates would restrict overall economic growth. Right now, the Fed prefers to stoke the economy by cutting rates again. Inflation-fighting is a secondary priority at the moment.  This rate cut's impact on consumers is not likely to be very impactful, but in combination with past rate actions, it has quite a bit of impact. He believes that a lot of this impact will come via reducing the monthly debt payments that some mortgage holders will have to make.  Specifically, rates on home equity lines of credit will go down again, and that will reduce the minimum monthly payments that borrowers carrying balances will have to pay. And declining short-term rates mean less payment shock for some people with adjustable-rate mortgages. Long-term rates, such as those for fixed-rate mortgages, don't respond directly to the Fed's rate decisions. Instead, long-term rates are guided by inflation expectations. They could go either way, depending on whether the bond market decides whether the Fed's rate policy is too restrictive, too permissive or just right. 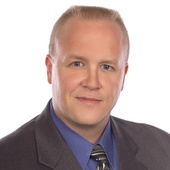