To say the housing inventory is in high demand as house prices continue to rise in Grand Rapids MI and surrounding areas is like saying Titanic is still afloat. That's why I put out the Grand Rapids Real Estate Market Report, to help buyers and sellers determine if it is time to sell or buy a home. Not only is the Grand Rapids  and surrounding areas housing prices on the rise, you could say they are on a historical rise. The answer to the continued increase in the house prices is simple, it is low inventory. This is super great for sellers due to the fact that we are now starting to recover the 20-30% depreciation (in some areas) from the great recession of 2006-2010. That's  great news if you are a seller and not so great new if you are a buyer in the market trying to purchase a home. It isn't like the 4-5 year span of the recession. A buyer in today's market will have to come in with their best offer which might mean over full price offer. Just remember if you liked the home enough to put an offer on the home then there is a really good chance that there will be additional offers on the property. You will probably hear this term "highest and best". This means that there are multiple offers on the property. Chances are you will not get a second chance to meet or beat your competitors offer. Don't be persuaded by someone that purchased a home 7-8 years ago and let them convince you to start out a 10-15% below asking price. You'll be renting or staying with your parents for awhile if you take their advice.

The Grand Rapids Association Of Realtors released their November 2016 report. The information contained in the report is not surprising. The numbers are probably what you might have thought they would be or maybe not. Let me go ahead and break down the numbers for you.

The Average for Sale Price in November is Neutral*

The Average Sold Price is Neutral*

The Median Sold Price is Depreciating*

*These numbers are based on a 6-month trend.

What do the above numbers mean? It's a Sellers Market!

What do the above numbers mean? It's a Sellers Market!

Last but not least we're going to talk about Absorption Rate. Absorption Rate measures the inverse of Months of Inventory and represents how much of the current active listings (as a percentage) are being absorbed each month. A Buyers Market:16.67% and below. Seller's Market: 33.33% and above. Neutral Market: 16.67% - 33.33%.

Absorption Rate based on Closed Sales

Absorption Rate based on Pended Sales

What to the above numbers mean? It's a Sellers Market!

I would like to wish everyone a Very Merry Christmas and a Happy New Year!

You pack a ton of great information in your posts...well done!

Doug, so glad to hear your average sales price is rising, and hope this continues through 2017.  Great market update. 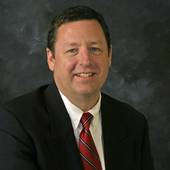